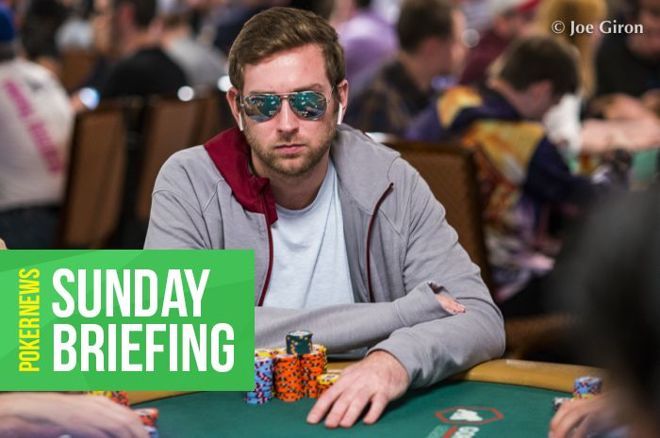 Hundreds of poker players are currently in Rozvadov for the 2019 World Series of Poker Europe festival, but that did not stop the online poker world from creating some massive prize pools. Let’s take a look at who the biggest winners were on October 27th.

$25,000 and sixth place went to “EmpireMaker” who was joined on the rail by “tdlvehcicknbn” whose fifth-place exit locked up $32,500. The prize money kept on increasing, and a cool $43,750 was enjoyed by “CalmDownMan” who gained some company on the sidelines by “kannichtmehr” who secured a $62,500 prize.

One of the new additions to the partypoker Sunday schedule is the High Roller Sunday Masters, a $1,050 buy-in non-PKO tournament. Some 205 players bought in and created a $205,000 prize pool.

It was “fromHolland1945” who emerged victoriously and turned their $1,050 into an impressive $41,799. “fromHolland1945” defeated “tdlvechicknbn” who earlier finished fifth in the Big game. This runner-up finish was worth $30,340.

High stakes regular “CalmDownMan” ran out of steam to fall in fourth place, a finish worth $15,990. “MahmoudMaokhtar” was the penultimate bust out, their third-place finish yielding $21,627.

Over at PokerStars, the final table of the $2,100 Sunday High Roller was ridiculously tough, and any of the finalists would have been a worthy champion.

It was game over in eighth-place for Finland’s “elmerixx”, who banked $5,702. Swedish star “anteen” crashed out in seventh for $7,501 before Ole “wizowizo” Schemion busted in sixth-place and won $9,867, the last prize not weighing in at five-figures.

$12,980 was awarded to “mararthur1” of Russia before Denmark’s Simon “IgorKarkarof” Pedersen. Yet another Scandinavian player in Johannes “Greenstone25” Korsar then fell in third for $22,461, setting up a one-on-one encounter between “Aren1991” and Connor “blanconegro” Drinan (lead photo).

The latter came out of the battle unscathed and got his hands on the $38,867 top prize, resigning the runner-up to a $29,546 consolation prize.

The Sunday Million attracted more than 11,000 players this week, and they were all outlasted by Ukraine’s “FeaNoR4eG” who locked up a six-figure prize, namely $113,824. The Ukrainian’s victory was made all the more impressive by the fact they defeated one of the world’s best players heads-up.

That runner-up was Niklas “Lena900” Astedt, who had to make do with $82,592. Not many people manage to brush aside Astedt once a tournament reaches the heads-up stage, but FeaNoR4eG managed to do precisely that.

All but one of the nine finalists won a five-figure prize, going to show how fantastic this $109 buy-in tournament is. Shout out also to “Keisuke-ace” who managed to navigate their way to a third-place finish for $59,937 from their home all the way in Japan.

The Sunday High Roller $1K had a compact field of 38 entries, and only four of those received a slice of the $40,000 prize pool. Hong Kong’s “bingpong” was the first player to cash, their fourth-place weighing in at $4,091. Another Hong Kong player in “HalfKid” collected $6,721 for their third-place exit before “pDNA” defeated “WooKah” heads-up for the title.

pDNA won $18,142 for their victory although they did fire four bullets at the tournament. The runner-up, who hails from Germany, also netted a five-figure score, namely $11,043.

The Sunday Purple $1K saw 42 players create a $39,900 prize pool that was distributed among the top five finishers.

The final two players struck a deal for the lion’s share of the prize pool. Qatar’s “Full2Win” was the official runner-up and won $6,507 with the UK’s “Kroat.” being crowned champion, an accolade that came with $6,740 after the heads-up deal.

Poker truly is a global game, and it was proven at this final table. In addition to the players from the UK and Qatar, several other countries were represented at the final table. It has players from New Zealand, Kazakhstan, Germany, Malta, Ukraine, and Russia. You’ve got to love the cosmopolitan nature of this crazy game.

Like the Sunday Sale Whale, this event ended in a deal, although it was a three-handed one and not just heads-up. Third-place and $15,482 went to Ukraine’s “my888GMode” with second-place eventually going to “SleepingZace” of Malta whose $109 investment turned into $14,257. The champion was none other than “HnThMn” of Finland, who secured a $19,729 payout.

How to Play Immersive Roulette: a Detailed Guide