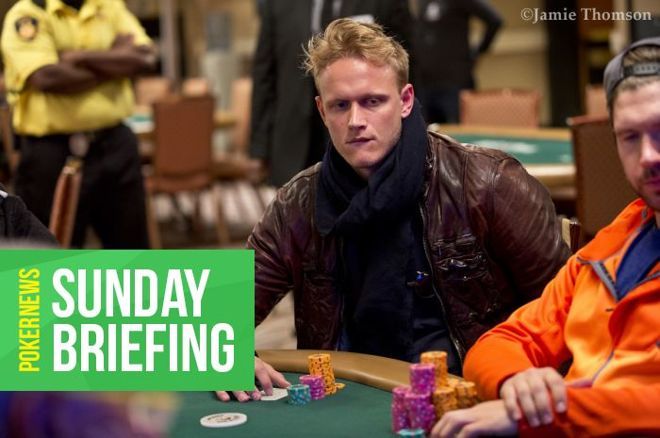 Dec. 1 was a massive day for online poker players with the usual array of Sunday majors taking place alongside the likes of the High Roller Series at PokerStars and Day 1a of the partypoker MILLIONS Online.

Sweden’s Johannes Korsar was one of the standout performers, reaching two high-stakes final tables at PokerStars and partypoker.

Roberto “R_Romanello” Romanello was the final table’s first casualty, his eighth place locking up $19,800 before “mararthur1” collected $24,948 for their seventh-place finish. Then Johannes “Greenstone25” Korsar ran out of luck and busted in sixth, a finish worth $31,350.

The penultimate elimination was that of “Executioner_” whose third-place finish netted them $79,200, leaving “bitw1” and “BtchByTrade” to lock horns heads up for the title and the lion’s share of the prize pool.

The partypoker MILLION continues to be exceptional value for the players with a sizable overlay approximately $113,000. The main beneficiary of this added money was “BinLife” who outlasted the 4,439-strong field to bank $140,400 after a heads-up deal with “IlProfessore” who hauled in $120,000.

Earlier at the final table, “Bossat13” was the last player not to win five figures, although their eighth-place exit saw them pad their partypoker bankroll with $9,490. They were joined on the sidelines by “nexthandplease”, “JCardz11” and “mo1st”, the latter scooping $30,750.

“Mathematic13” then ran out of steam to fall in fourth for $44,740 and they were joined in the role of spectator by “Lisek Chytrusek” whose third-place bustout yielded $68,700.

Over at PokerStars, the Sunday Million overlaid when 9,896 players turned out for the $215 buy-in tournament.

All but one of the finalists won five-figures, “Sv3nn” of Norway banking $8,133 when they lost their chips and fell in ninth-place. The first of two Canadian finalists, “DDDKKKAAA” crashed out in eighth for $11,207 before being joined on the rail by “dimitri005” and “Smookey.Guns89” who saw their lifetime winnings increase by $15,443 and $21,280 respectively.

Dutch grinder “Ilkbenlen” was the fifth-place finisher, which was good for $29,324. A cool $40,407 went to “WalyBali” of Belgium with “Hendurr” of Sweden having to console themselves with a $55,681 prize for finishing in third.

Heads-up pitted “Evan31” and “wiNNin83” in a battle for the six-figure top prize. Evan31 was the player who receive that prize, namely $105,728 after winning the one-on-one encounter. The runner-up secured a still welcomed $76,727.

Johannes “Greenstone25” Korsar’s second major final table appearance of December 1st came in the $2,100 Sunday High Roller at PokerStars. Only six players receive a slice of the $118,000 prize pool due to a compact 59-strong crowd turning out for the event.

Korsar’s fellow Swede “iamivar” was the first recipient of some prize money, $6,241 for finishing in sixth-place. Simon “IgorKarkarof” Pedersen then fell by the wayside in fifth and collected $9,115.

Korsar was heads-up against countryman “anteen” and the Swedish pair struck a deal for the remaining prize pool. It was a deal that saw Korsar win $35,137, a shade more than anteen took home after the latter finished with all the chips in play.

Over at 888poker, the Whale tournament saw a change in it’s buy-in structure that saw the $320 buy-in only have $10 rake. It proved popular as 86 players as bought in and created a $26,660 prize pool shared among the top nine finishers.

The champion secured this ample prize after defeating “CPU0r” of Austria heads-up, resigning the runner-up to a $14,500 prize. “ThBddha” was the only other player to lock up a five-figure prize as their third-place finish yielded $11,000.

Earlier at the final table, “Daghemunegu1” and “Cookieboobie” were the first players to fall with Russia’s “dimitri1982” walking away with seventh-place money, namely $3,400.

The top four finishers each one five-figure prizes for their $500 investment. Fourth-place finisher “BillieJean5” was the first player to bank a five-figure sum — they hauled in $11,336. Third place and $15,429 went to “Ohd3ar!” which left “COMMENEIGEAUSOLEIL” and “Sakooh” to play one-on-one for the title and the biggest share of the prize pool.

Second-place and $21,001 went to COMMENEIGEAUSOLEI meaning Sakooh got their hands on a cool $28,586.

The biggest prize at Natural8 this week weighed in at $166,221 and it went to “KenBrynney” of Canada after they finished top of a field of 47 in a $10,000 buy-in High Roller. Only the top six finishers receive some prize money for their efforts and “Shark Bait” was the first to pad their bankroll with some, namely $21,803.

“Hiroyuki.T” then scooped $32,462 when they fell in fifth before “HectorHermano” of Finland locked up the $48,330 fourth-place prize.

Third place and $71,954 went the way of “RuiNF*” before KenBrynney defeated “pihler13” of Ukraine heads-up to leave the second-place finisher to console themselves with $115,127.