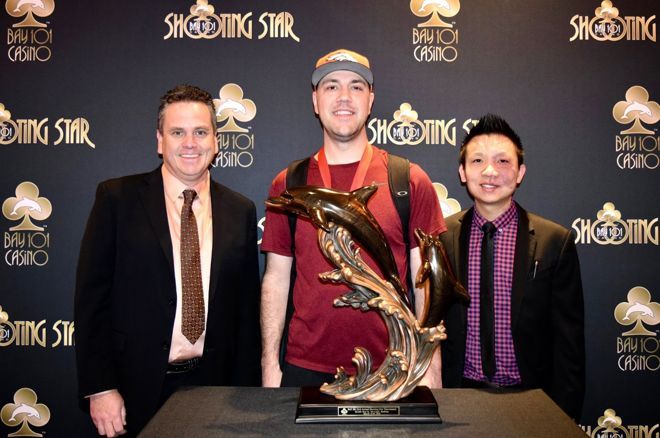 While poker tournaments around the world announce shutdowns, a few stray events have gone forward. One such event concluded over the weekend in Bay 101 Shooting Star $5,200 Main Event, however organizers and players came to an agreement to end the event before a final table could be played in light of the growing threat of coronavirus.

As the final 10 players were scheduled to play out Day 3 on Friday, they instead chopped the remaining prize pool 10 ways.

Despite the growing pandemic, 290 entries were logged for the $5,000 event, which also featured $2,000 bounties on select "shooting stars." While that represented a drop from last year's 440, it wasn't a catastrophic one.

That created a prize pool more than $1.3 million, likely one of the last large prize pools that will occur in the near future in the live poker realm.

Of those, 37 would be paid. Max Young, Andrew Moreno, Mike Matusow, Chino Rheem and recent two-time WPT champ Tony Tran were some of the players who cashed.

PPC champ Phil Hui and WPT legend Darren Elias were the last two players to bust on what was scheduled to be penultimate day. According to the live updates, Hui busted with king-queen against ace-ten of Kristen Bicknell while Elias flopped top pair with

and was outkicked by the

Deal Made in Lieu of Final Day

The last 10 players showed up on Friday to play out the event, but mounting concern over the coronavirus changed everyone's plans. Bay 101 is located is located in San Jose, and the Bay Area of California has been one of the more hard-hit areas of the U.S.