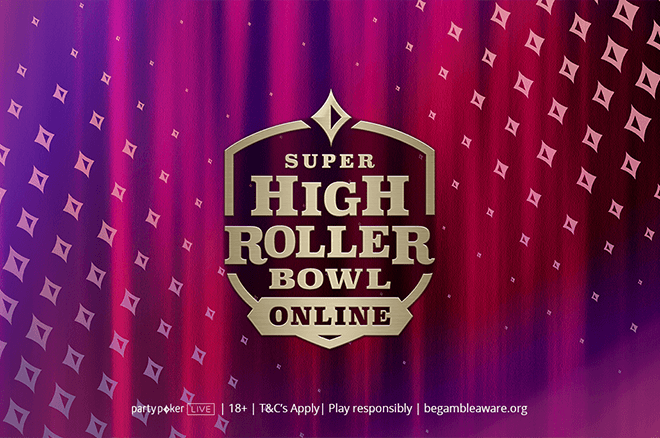 You may have already seen that PokerNews’ live reporting team is bringing you a blow-by-blow account of the $102,000 buy-in Super High Roller Bowl Online at partypoker on June 1-2.

This $3 million guaranteed affair is going to be nothing short of amazing, probably even more amazing than the bluff that helped Timothy Adams on his way to victory in one of the last live Super High Roller Bowl that took place.

Let’s set the scene for you. Super High Roller Bowl Sochi had reached Day 2 and 40-players had ponied up $250,000 for the chance to become the tournament’s champion and for the opportunity to win the $3.6 million top prize.

Adams Empties The Clip With Queen-High!

The fifth hand of the day was one of the most spectacular of the entire event. It started simply enough with the action folding to Team partypoker’s Jason Koon who looked down at

and Koon tossed in the calling chips.

After burning a card, the dealer fanned the

flop, which Adams led out for 50,000 on. Koon called with his pair of fives. The

turn saw similar action, except Adams increased his bet to 125,000. The river was the

, completely missing Adams. That didn’t stop him emptying the clip with a triple-barrel all-in bluff for 176,000 chips!

Koon went deep into the tank, so deep he had to use a 30-second timebank extension to come to his decision.

“It’s really easy to just have king of clubs, queen, man,” said Koon as he pondered what to do next. As his timebank extension ran down, Koon said, “I’ll leave it up to the gods,” and folded.

Adams won the substantial pot with nothing but queen-high, while Koon folded the best hand. The hand catapulted Adams to 616,000 chips and from her there was no lucking back.

Koon busted before the end of Day 2 but Adams went all the way and became the Super High Roller Bowl Sochi champion. He defeated Christoph Vogelsang heads-up to secure the title and a cool $3.6 million.

We fully expect both Koon and Adams to be part of the star-studded field in the first-ever Super High Roller Bowl Online. Poker Central and partypoker have set the buy-in at a massive $102,000 and slapped a $3 million guarantee on the prize pool.

Nobody has bought in at time of writing, but it should be an all-star clash if the previous side events are anything to base our judgement on.

Would You Spend $11 to Play With The Gods?

Expect to see such luminaries as Fedor Holz, the seemingly unstoppable Viktor Blom, the aforementioned Adams and Koon, plus the likes of Sam Greenwood, Nick Petrangelo, and a whole host of other elite grinders.

That list of names could include your own because partypoker is running special satellites that feed into the $102,000 Super High Roller Bowl.

Win your seat and you’ll see your name features on PokerNews’ live reporting pages as our team of reporters are bringing you all the action, as it happens, from one of the biggest online poker tournaments of the year.

Imagine winning your way into this event for only $11 then going all the way and banking what will be a seven-figure score. It’d be even better if you could triple-barrel bluff your way to stardom! Now stop day dreaming and make it happen. We’ll see you on the final table!

Would You Spend $11 to Play with the Gods?