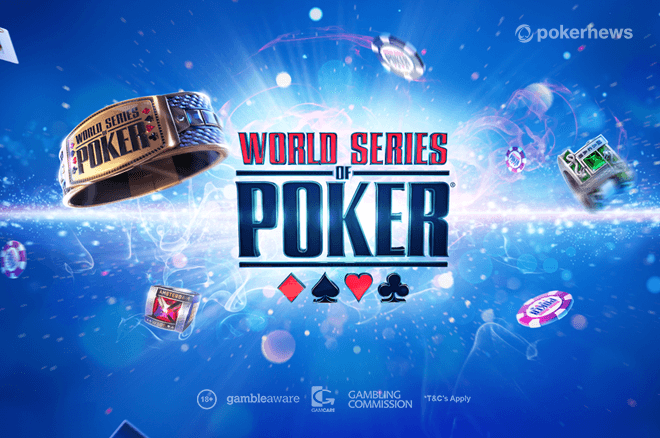 The live 2020 World Series of Poker may be on ice for the moment, but a long summer of online bracelet events lies ahead. A total of 85 bracelets will be awarded starting July 1 (the day the 2020 WSOP Main Event was originally supposed to start) and running through early September.

While the live WSOP has been postponed and targeted for this fall due to the COVID-19 pandemic, poker enthusiasts have been clamoring for the online portion of the schedule to be released. The wait ended over the weekend, as the schedule leaked for the 2020 Summer Online World Series of Poker on WSOP.com.

An official press release followed on Monday, but the leak was initially picked up by Joseph Cheong and Chris Moorman, with the former taking it to Twitter.

The WSOP's presser further expanded on the 31 planned events for WSOP.com with the announcement of another 54 to take place on newly minted partner GGPoker.

“It wouldn’t be Summer without WSOP,” said Ty Stewart, executive director of the WSOP. “While we are thrilled to be reopening our venues and optimistic about future offline events, we couldn’t be more excited about deepening our relationship with GGPoker and watching some history unfold online this summer.”

DOWNLOAD GGPOKER NOW SO YOU'RE READY TO COMPETE FOR BRACELETS

The online bracelet schedule for the Summer Online WSOP contains a whopping 31 events, running daily throughout July. In addition to the daily bracelet up for grabs, players can also participate in a $100,000 Online Bracelet Series Leaderboard, where points can be earned for additional cash prizes.

It's unknown at this time whether the events will be finished in one day or extend to a second day.

The scheduled WSOP.com events are available in hold'em and Omaha formats. Popular live staples like the BIG 50, MonsterStack and Senior's Event have been moved online.

The marquee tournament is $1,000 No-Limit Hold'em Championship, which takes place on Friday, July 31. All events will kick off at 3 p.m. PDT.

If 31 online bracelets wasn't enough, another 54 will be awarded on GGPoker to make for 85 total.

While the schedule for said events hasn't been initially made available, they'll run from July 19 through Sept. 6, meaning there will be some overlap with the WSOP.com series. The WSOP did promise that "buy-in levels and formats that cater to a wide range of players" will be on tap at GGPoker.

The announcement of online bracelet events on GG comes as little surprise after the two companies wrapped up an online WSOP Circuit series that awarded 18 gold rings to winners. More than $47 million was paid out in said events, blasting past the $28 million in guarantees, and the entire series ran into the nine figures.

“With over $100M in guarantees during the WSOPC Super Series in May and more than $134M in awarded prizes, it’s clear that GGPoker and the WSOP make a good pair,” said Steve Preiss at GGPoker.

In an interesting twist, the 85 scheduled online bracelet events almost exactly mirrors the originally announced 87 live bracelet events planned for summer of 2020 before the COVID-19 pandemic shut those plans down.

The actual make-up of those events, though, couldn't be more different. Traditionally, the WSOP has hung its hat on being the poker festival that offers the widest variety of poker formats — don't hold your breath while looking for big razz or 2-7 single draw tournaments outside of the WSOP.

None of those niche and mixed formats are likely to be played during the online portions of the WSOP. The WSOP.com schedule, as it has been in the past, is made up of Omaha and hold'em events. The GGPoker schedule, while yet to be released, figures to be the same as the client only supports no-limit hold'em, pot-limit Omaha, and short deck.

Those who enjoy other formats or consistent action at five-figure stakes shouldn't give up hope just yet, however. WSOP Executive Director Stewart indicated nothing has changed as far as the planned running of a live 2020 WSOP later in the year.

"We are still hopeful the traditional WSOP may be played November-December and for all of our partners are considering this a brand extension versus a pure replacement,” he told PokerNews. He also revealed that all official ITM statistics (cashes, final tables, etc.) will be tracked and reported, and that player identities would be validated.