Natural8 2020 WSOP Online Hand of the Week: Herm Runs Into a Straight Flush 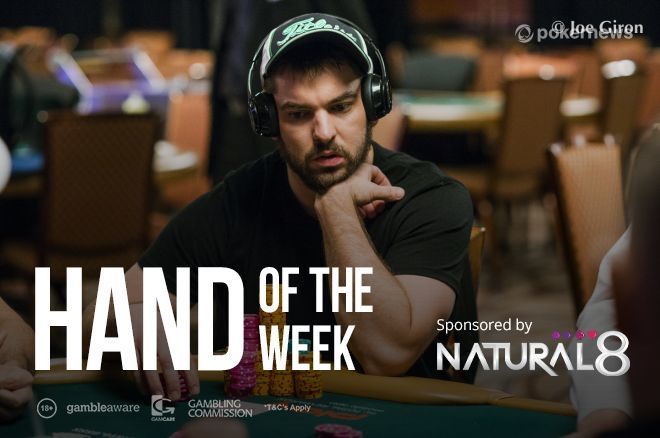 Only Two Hands Can Beat Herm

flop. He was called and then check-called a bet of 89,912 from Hindin on the

appeared on the river, Herm check-raised from 214,507 to 429,014 only to see Hindin jam for slightly more than what he had in total. Herm called off and was shown the bad news as Hindin tabled

for a straight flush while Herm held

Only two hands – quad fives and the aforementioned straight flush – could beat Herm’s top full house, and unfortunately for him, Hindin had one of them. Just like that Herm was eliminated from the tournament while Hindin went on to finish in 11th place for $12,960.

Negreanu’s Streak Comes to an End

Coming into Event #62, Daniel Negreanu had cashed every tournament since Event 53. He was looking to make it 10 in a row, but a pretty rough cooler halted him in his tracks.

On a flop of

Negreanu had top pair with top kicker, plus the nut flush and a wheel draw. Meanwhile, Huseynov had bare kings.

on the river to eliminate Negreanu in spectacular fashion.

2020 WSOP GGPoker Hands of the Week: Dvoress Plays for the Win, Not the Ladder