Natural8 2020 WSOP Online Hand of the Week: A Wholesome Hand for Ryan Depaulo 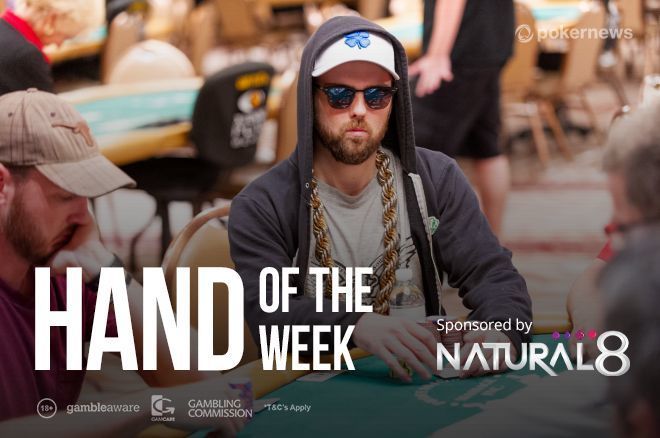 This week’s hand comes from Event #12: $500 The Big 500 No-Limit Hold'em, a tournament that attracted 2,427 entries (1,624 unique players who rebought 803 times). It’s from that event that arguably the 2020 WSOP’s most popular story sprung – the victory of poker vlogger Ryan “joeyisamush” Depaulo, who captured a $159,563 top prize and his first gold bracelet.

What really caught the attention of the poker world was that Depaulo, who was a recent guest on the PokerNews Podcast, was literally playing from inside his car in a New Jersey Whole Foods parking lot. It was also a redeeming victory as last summer he finished third in the 2019 WSOP Event #61: $400 Colossus for $208,643.

Depaulo’s victory wasn’t easy as he had to deal with seasoned veteran Jack "EarlGrey" Salter in heads-up play. Depaulo began the match with a nice chip lead but Salter, who has more than $8.4 million in lifetime earnings, used his experience to battle back and claim it for himself. It looked as if the bracelet was going to slip through Depaulo’s fingers, but then he got a little lucky.

and Depaulo shipped a big double into the chip lead, which subsequently left Salter with 13.7 million.

Salter dwindled a bit before doubling with ace-eight against king-four, and for a moment it appeared as if he was going to claw back. The comeback was cut short though when Salter opened for 1.6 million from the button, and Depaulo three-bet jammed in the big blind. Salter called off his last 17,000,000 and the cards were tabled.

turn meant Salter had to hit an ace to survive, but instead the

bricked on the river. Salter had to settle for second-place while Depaulo earned his first WSOP gold bracelet and made history by doing it in a Whole Foods parking lot.

In the days that followed, PokerNews caught up with Depaulo to talk about the whole experience: