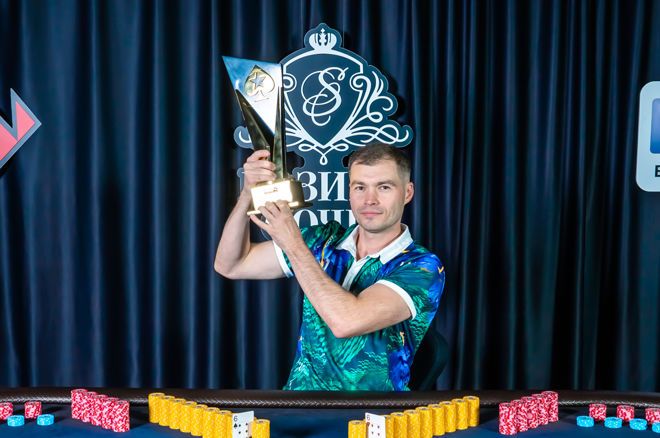 Despite the COVID-19 pandemic still lingering, PokerStars was able to get its biggest live poker brand back on track, successfully running European Poker Tour Sochi in early October.

To date, it's the only EPT event to run this year. Of most import was the postponement of the PokerStars Players Championship, which was supposed to take place at EPT Barcelona.

Many recognizable grinder from the region cashed, including the likes of Aleksandr Merzhvinskiy, Maxim Lykov, Viktor Kudinov, Konstantin Puchkov and Nikolay Fal.

Aleksandr Denisov, one of the top Russian tournament performers over the years, just squeaked into an official final table appearance but had to settle for eighth place.

That's the largest and only career recorded live cash for Bogdanov according to The Hendon Mob, while Tkachenko got just his second recorded cash with the other being a tiny score the equivalent of $271.

While the Main Event offered the biggest chance for a score, numerous side events also ran and hundreds of thousands of dollars in prize money was also available in those.

EPT Sochi stands on its own a bit from the other EPT events. Those typically get many traveling players, pros and recreational alike, from all over Europe and even North America and Asia.

EPT Sochi, on the other hand, is usually far more localized with a heavy concentration of Russian players. Therefore, PokerStars may have felt more inclined to run the event since less international travel was required to bring in the usual clientele.

In most cases, players would be looking forward to a December running of EPT Prague and be busy attempting to qualify. However, that may be a dicey proposition. Last week, a new state of emergency was declared as the Czech Republic returns to lockdown thanks to a second wave of COVID-19 cases. It seems unlikely EPT Prague can be successfully run unless circumstances drastically change within the next month.