A Beginner’s Guide to Crush fastforward on partypoker 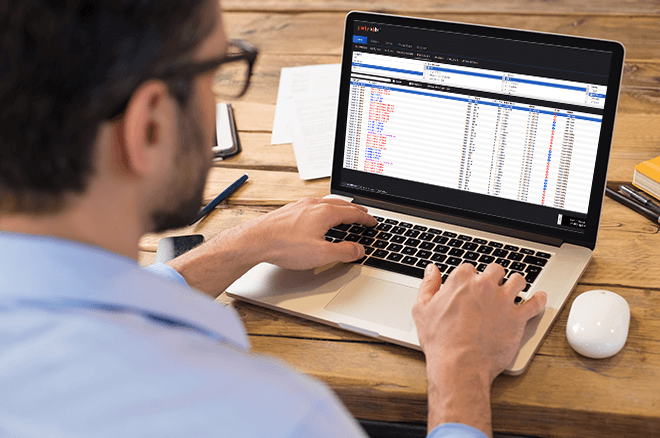 What Is FastForward Poker?

fastforward Poker is the fast-fold variant of No-Limit Texas Hold’em offered on partypoker. Many online poker rooms offer fast-fold games, and fastforward is just another iteration of the popular game format.

In a fastforward poker game, when you fold you’re instantly taken to another table to play your next hand. The opponents and the positions change after every hand, and when you’re in a fastforward game you’ll be pitted against every other player in the pool for the stakes you’re playing.

For example, if you join the $0.25/$0.50 fastforward game and 50 players are in the pool, you’ll be playing against all 50 of those players. Every time you fold, you’re instantly finished with that hand and are matched up with a randomly selected group of opponents at a new table.

fastforward games play much faster than a traditional game of online hold’em. The following are a few tips to keep in mind for players who are just starting out in fastforward .

Why Not Give fastforward a try?

While a normal online 6-max cash game might deal 60-80 hands per hour, one fastforward table will deal upwards of 200 hands per hour. This means less time to think about each individual hand.

The speed of the game can be overwhelming, especially when first stepping into the fastforward format.

As such, it’s important to start out by playing perhaps just one or two tables and increase the number of tables played only after you’re not just comfortable, but profitable, at this rate.

fastforward Poker allows players to fold hands before the action is even on them, using the Forward Fold option. Much of the time, players in all positions with marginal to trashy hands do just that.

Take advantage of this dynamic with an aggressive strategy to steal the blinds from middle and late position. An open raise from the hijack or cutoff will often results in instant folds from all opponents between you and the big blind.

When you do get a call from one of the blinds, continuation bet aggressively on most flops, especially against the big blind. Ace-high and king-high flops, as well as dry, unconnected flops, should be attacked as the preflop raiser when the big blind calls.

This aggressive approach will often take down the pot preflop, or prompt a fold from a calling opponent after a c-bet.

Three-Bet Aggressively From the Blinds

You should be planning to steal the blinds often in fastforward , but thinking opponents will be doing the same thing.

To exploit a player pool that’s opening from the late positions more often than normal, you should be prepared to three-bet from the blinds more aggressively than normal. This will fold out a good portion of the late-position raiser’s expanded opening range, especially with the Forward Fold option giving that player the ability to immediately fold and move on.

Don’t get too carried away with three-betting from the blinds, but develop an aggressive range and stick with it.

Because you’re playing against a rapidly changing lineup of opponents, taking notes and compiling useful information on opponents’ tendencies is much more difficult in fastforward poker. Heads-Up Displays (HUDs) like the ones provided on PokerTracker and Hold’em Manager aren’t permitted on partypoker, making it even more of a challenge to get a read on opponents.

Because of these factors, playing a solid fundamental strategy against the pool is optimal. If you have a good number of hands against a particular opponent and have a solid read on tendencies, you can start to use exploitative strategy against that player a bit more.

You need a large sample size against a particular opponent for this, however. Against the larger player pools seen at the lower stakes you’re better off developing fundamentally sound preflop ranges and postflop strategies and sticking with them for the most part against the pool.

Play long enough, however, and you will notice some tendencies from the regulars. If you’re confident about a certain opponent’s tendencies in a particular spot, by all means exploit that knowledge as much as possible.

Even against a largely anonymous player pool, you still have some information to work with.

If a player is sitting with a shorter than 100BB stack, is limping into pots preflop, and/or is raising to unusual sizes preflop, you can confidently mark those opponents as weaker players. These players are the ones you’ll win the most money from in the long term, so be on the lookout!

Build Your Fundamentals at the Regular Speed Tables

fastforward Poker is a great way to put in massive volume. The fast-paced play really does make for a highly stimulating game mentally.

With so many hands coming per hour, and so much less time between non-playable hands, you’ll find yourself actually playing pots much more often. Pocket aces and kings will come more often, and you’ll spend much less time waiting around for something playable.

fastforward Poker is an adrenaline rush; however if you’re just starting out playing online poker, you should develop your game at the regular speed tables first.

It’s easy to go on autopilot when playing the fastforward format. The lightning-paced actions requires intense focus, and until you have the fundamentals down, you should be solidly beating a stake at the regular tables before moving on to the fastforward games at the same stake.

BGO Offers the Best Games with your Welcome Bonus