10 Common Mistakes Made by Losing Players 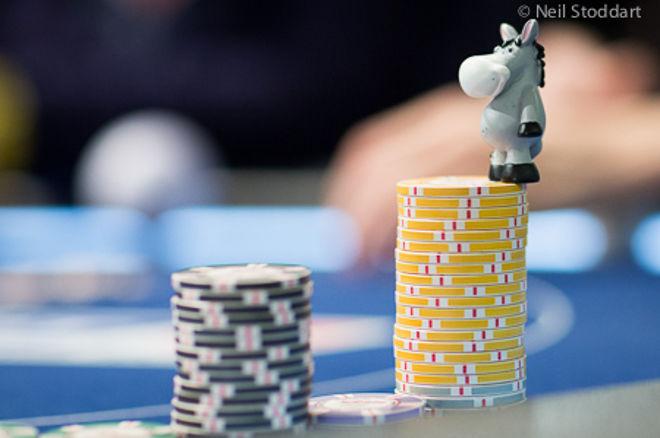 The PokerNews poker strategy section is filled with articles designed to turn good players into excellent ones.

This one is designed to help the losing or break-even player learn how to win at poker.

Losing poker players typically have holes or leaks in their game that prevent them from winning. Identify these flaws in your game, and you're one step closer to eliminating them.

In this article, we'll briefly look at ten common mistakes made by beginning and intermediate players.

In other ones, we'll address these flaws in more detail, and give those of you struggling with any of these leaks some tools to help eliminate them from your game.

All too often, poor players sacrifice potential profit because they want to "prove" something to the other players at the table or among their circle of poker friends.

Yes, that happens even when they play poker online with friends.

For them, looking good sometimes trumps making the logical move.

Such players sometimes will call, bet, or raise rather than fold or check because they don't want to appear weak, even when they correctly determine the more passive move is correct.

Poor players find many other ways to let ego override good judgment (including some that contribute to leaks listed below).

Losing players often lose because they just can't resist the demon-thought of their opponent bluffing them out of a pot.

While solid play requires a degree of temerity, losing play too often substitutes habitual disbelief and a desire to call for the well reasoned fold.

3. Not Being Aggressive Enough with a Dominating Hand

Winning play requires aggression. Lacking an understanding of this, losing players too frequently check when they should bet, or when they do bet make it too little, giving their opponents a price so low that calling is correct.

So, too, do poor players too seldom raise or re-raise when faced with aggression from an opponent, diminishing the amount they win when they actually have a strong poker hand.

A telltale sign of a weak and otherwise poor player is a stubborn refusal to bluff. Some even announce "I never bluff!" with pride to any who pay attention.

While playing rock tight in a mechanical fashion might win money versus the poorest of newbies, it is a perhaps the most exploitable behavior against anyone better than a rank beginner.

READ ALSO: Free Poker Course: Introduction to the Theory and Practice of Poker

5. Saying "What the Hell" and Then Calling

Fatalism and loser-ville are well linked. Bad players often torpedo any opportunity of emerging a winner by resigning themselves to the so-called "poker gods."

Rather than taking the time and mental energy to determine whether an action makes sense, they will call a large bet with abandon — and hope for the best.

6. Relying Too Frequently on Hunches

Ever hear someone say "I'm feeling lucky" and then call, bet, or raise? If it's said sincerely, then it's a sure sign that the player is an overall loser.

Believing that some swing of fortune or fate will cancel out the true probability of success or failure is wrong.

(On the other hand, if it is a good player, this false tell may precede some move meant to deceive you.)

Poor players often remain poor because they spend more time trying to figure out whether they are running good or bad, and not enough thought and energy figuring out what the good or bad play really is.

READ ALSO: How to Play Pocket Aces in Poker

Consistently playing with too small a bankroll is an indicator of likely failure. It induces a fear of betting and calling bets that sabotages optimal play.

While some short-stack poker strategies can be profitable, playing with a short stack because one lacks the capital to play a larger stack is usually accompanied by a timidity that submarines profitable play.

Poor players usually achieve their true goal in this regard.

If you're going to a poker game with $100 that you feel comfortable losing, you will probably comfortably lose it.

Poor players often lack the discipline to step away from the game when their ability to play well has deteriorated or when other objective conditions of the game make it very unprofitable for them.

Not all poker games are not created equal.

All too often, players blunder first by sitting in a bad game. Then they compound the blunder by staying in the game even when presented with opportunities to play in better games.

The first step in turning around a losing game is to spot the broad errors you are making. In my next few columns we'll look at ways to substitute winning behaviors for the losing behaviors described above.

Ashley Adams has been playing poker for 50 years and writing about it since 2000. He is the author of hundreds of articles and two books, Winning 7-Card Stud (Kensington 2003) and Winning No-Limit Hold'em (Lighthouse 2012).

He is also the host of poker radio show House of Cards. See www.houseofcardsradio.com for broadcast times, stations, and podcasts.

5 Tips to Survive with a Short Stack in Poker Tournaments