You Can't Play Them All: Evaluating Starting Hands in Pot-Limit Omaha 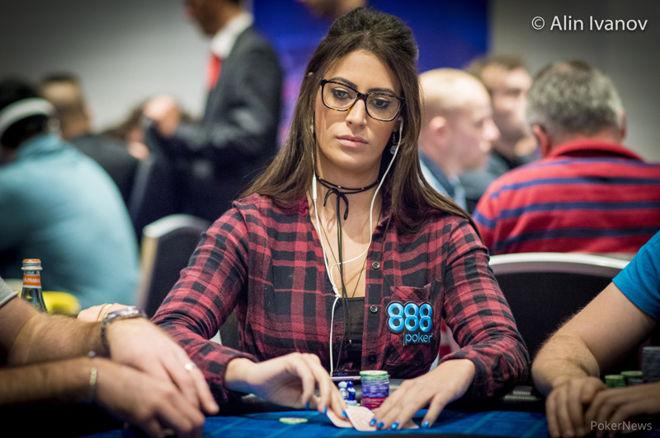 If you're the type of player who falls in love with almost every preflop pot-limit Omaha hand, this article is intended to help you learn how to stop breaking your heart over and over again.

NO... not all double-suited hands are as pretty as they might seem in PLO.

NO... aces and kings might not be as strong as you think.

The truth is, you have to adjust many aspects of your game in order to become a good and profitable PLO player. And perhaps the most important one to improve is your preflop hand selection.

Finding Four Cards That Work Together

In pot-limit Omaha you receive four cards, as do your opponents. Based on this fact, your four cards must interact with each other to create a strong combination that may contain nut draws, redraws, backdoors, high cards, high pairs, suited combos and/or connectors.

, you will probably like what you see. After all, you do have suited high cards with nut draws and a pair.

Sorry, but it is not that simple. This actually is not all that great of a good preflop hand. Let me explain why:

Let's say instead you are dealt

First of all, while "wrap hands" like this are usually considered good hands, in this case there is a gap and the card that is missing is extremely important in the composition of this kind of hand, since there is no straight possible in poker without a ten or a five.

Also, to have more than just a regular straight draw, you will have to flop either...

If you didn't have the gap — say, your hand was

Aces and Other Big Pairs

Now it's time to talk about the famous aces. These

hands are always good preflop and you will play them.

You must keep in mind, however, that PLO is primarily a postflop game. That means in those cases when you aren't able to squeeze it preflop, there are other factors besides the two aces in your hand — namely your position, your stack size, and the other two cards in your hand — that might cause you to have to play the hand carefully.

For example, if you have

and your opponent has

, you're only about 52.3 percent to have the best hand by the river. In other words, these "bad aces" are basically flipping in this example.

If we were playing hold'em,

would be about a 79.2 percent against

, and a 79.5 percent favorite against

As you can see, aces that aren't working with your other two cards aren't that strong of a hand, and depending on the situation it is even more profitable to just limp with them.

Finally, let's say you are dealt

. At this point, you are probably already imagining what I am going to say — that's right, it is a bad hand.

Notice again how the four cards aren't interacting with each other. Even if you flop a set of queens, you never will have redraws or backdoors.

Against this hand, someone with

. All of which means you shouldn't be willing to invest too much money with this type of hand.

Hopefully through these examples you can see the importance of having a good preflop hand and how it will help you with your postflop play. We're only really just getting started on the subject, but I am sure that if you start to put in practice some of the principles you have seen here, your game will already start to improve a lot.

Keep on improving and good luck at the tables!

Hand Analysis With Dominik Nitsche: When Overbetting Is the Best Option