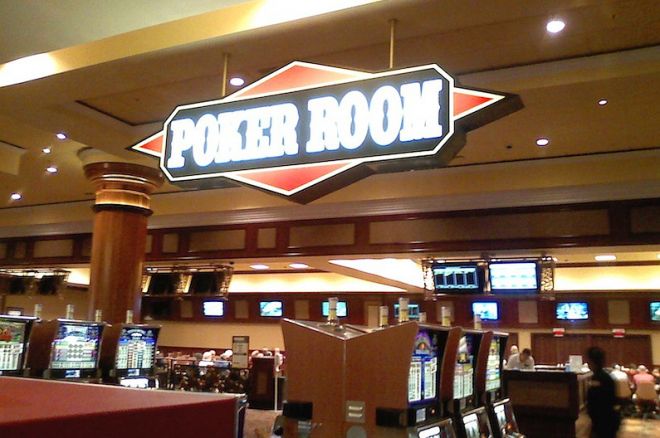 In this series of articles, I have tried to tell you all you need to know about the equipment you’ll find in a poker room: chips, cards, buttons, and even the tables and chairs. It occurs to me that I should complete this theme by describing for you the people who work in the room, without whom all that equipment would be useless.

What I am describing here are more roles than individuals. I make that distinction because the amount of overlap between the roles varies enormously, depending on the size of the room. For example, while the biggest rooms in Las Vegas might have as many as three cashiers in the cage doing nothing but exchanging cash and chips, a very small room will often combine the role of front desk and cashier — and that person will still have a lot of idle time!

Heck, I’ve played in poker rooms that never have more than two employees working at a time. One serves as dealer while the other does everything else: manages the list, greets and seats customers, cashiers, intervenes as floor when necessary, answers the phone, and so on. They switch off every 30 minutes, usually.

The “brush” is the one job title that players new to the casino are least likely to have heard of before. The term originated literally — this was the person assigned to keep the room and tables tidy, including brushing the tables free of crumbs and other debris. Such could be a full-time job in a large room. But when the poker boom came and every casino wanted to have a poker room, even if a small one, there wasn’t enough literal brushing to keep an employee busy. For that reason, you’ll now hear the term “brush” applied to a variety of different roles.

Some places call their host position the “brush.” Some poker rooms have dealers rotate into the “brush” position as part of their circuit through the tables in the course of a shift, in which case it’s often a combination job as both a tidy-upper and a chip-runner. In short, this is a word that now means pretty much whatever a poker room manager wants it to mean. (This is one of those things that makes me suspect that poker room managers have a secret society that meets and fiendishly plots ways to sow confusion in the poker world.)

This is the person who exchanges chips and cash, of course. (Hint: Independently double-check their work every time. In my experience, they make mistakes more often than you would guess. Math is hard.)

This is a person assigned to save you from having to walk back and forth between the table and the cashier, both when you first sit down and if you need to buy more chips. However, when you’re cashing out to leave for the day, you’ll take your own chips to the cashier. At least that’s the procedure in every casino I’ve played in. If there are exceptions, I have yet to encounter them.

As the title implies, this is the person (nearly always female) who brings beverages to players. Most commonly this includes both alcoholic and non-alcoholic drinks, but some casinos have self-serve stations for water, coffee, and/or juices and other soft drinks.

This one is easy and obvious. The dealer keeps the game running at one table.

Variously referred to as “floorman,” “floorperson,” or just “floor,” this is the next level of authority above the dealers. The floor will be called to a table to settle disputes, issue warnings or penalties to misbehaving players, answer questions the dealer doesn’t know, and handle payment of any jackpots or bonuses. This is usually also the person who you need to approach to request a table change.

In many poker rooms, the floor is responsible for approving comp tickets (for meals, etc.), although increasingly this is done with a computerized player-tracking system that does not require a player to get anybody’s authorization for using comps. Most rooms will have just one person serving as floor at a time, but larger rooms may have several, each assigned to supervise a specific block of tables.

One other task you’ll often see the floor do is deal a few hands at a table. When it’s time for the dealers to rotate tables — usually every 30 minutes — the floor will take over for Dealer A, who then “pushes” the next dealer, and so on in a chain reaction. When the last dealer in the chain arrives at the table where Dealer A had been, the floor can go back to his usual tasks. (Actually, this process is usually started by a dealer coming off of a break, but the floor will do it if for some reason no dealer is on break at the time.)

If you notice a new dealer taking over, then himself get replaced just one or two hands later, you most likely have witnessed the floor starting the half-hourly ritual known as “the push.” The floor will also similarly fill in for a dealer who needs to take an unscheduled restroom break, though this isn’t frequent.

The floor person is typically the one with access to the remote controls for the big-screen TVs. So if you want one set tuned to, say, the buzkashi tournament (look it up!) live from Kabul, now you know who to ask.

I’m only halfway through my list, but all the way through my allotted space, so I’ll continue introducing you to the poker room employees you need to know in next week’s “Casino Poker for Beginners.”

Casino Poker for Beginners: Sharing Space, or How to Sit at a Poker Table