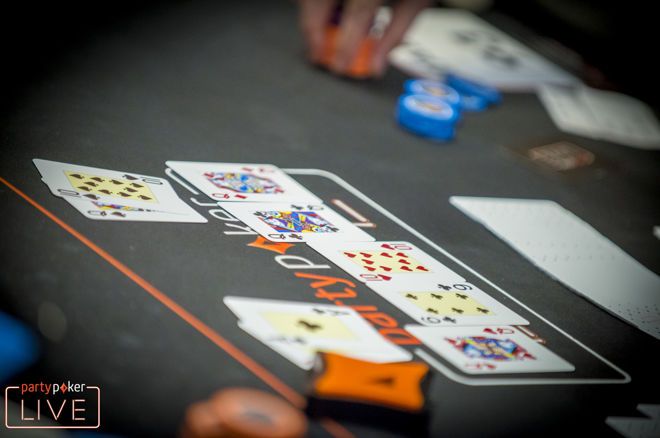 As the year begins, many people have established New Year's resolutions or goals for 2019. Some want to lose weight and/or exercise more, some want to quit their own personal vices such as smoking or drinking, while others may want to focus on their personal relationships.

As for many poker players, they primarily set goals to improve their games and achieve better results as compared to the previous year. But to improve their game, I first ask many players to eliminate the "Black Poker Cloud" that they truly believe is over their heads.

In my experience, many people exaggerate their failures (and sometimes their successes) to themselves and others. Often, this shortcoming holds many players back from achieving their goals. Recently, I discussed this exact topic with several people at one of my seminars. Let me give you an insight into the discussion I had with them.

Many players with some experience playing poker enter tournaments with a truly pessimistic attitude. These players are basically preparing themselves for the "Inevitable Bad Beat" and are already assuming the worst.The two phrases I hear these amateur players say all the time are "I lose every race (or flip)!" or "My aces always get cracked!"

While I can sympathize, these declarations are simply not true, statistically speaking. While poker is a game of strategy, skill, discipline, and psychology, math is still a significant component of the game. No matter how well or poorly someone plays, the math will not favor one person over another. Two overcards versus an underpair will always be race (or flip), having approximately 50-50 odds. Pocket aces will win about 80 percent of the time heads-up.

However, pessimistic amateurs truly don't believe this is the case for them and are convinced that a Black Poker Cloud hangs over their head. The underlying issue is that these players only remember the heartbreaking moments, and not their successes or instances when good fortune favors them. In turn, they will relay the devastating story to their friends, trying to solicit sympathy and continue their gloomy mentality.

I remember when I first started playing poker online seriously back in 2003. I had a similar mindset, always believing that whenever I had a race, I would never win. However, being a very mathematical and scientific-based person, I decided to track my results for an entire month. After every flip, during these 30 days, I wrote down on a small pad every result. Afterward, I tabulated all of my wins and losses and, sure enough, my win-loss ratio was just about 50-50. (In truth, I believe I was actually a slight winner in these situations.)

One reason why players don't remember these wins are because they are often mundane. For example, you raise with A-K preflop, get called, you make a continuation bet after the flop, and your opponent folds. This hand seems pretty boring, but I would consider this a win. (Sure, the opponent could have had something besides an underpair, but this stat will average out in the long run.) The fundamental factor is that some wins are just boring. Most pessimists focus only on the losses, as these haunting hands create drama and heartache.

If you categorize yourself in this group, I challenge you to try to prove to yourself the existence of your Bad Poker Cloud. In today's world of technology, mark down every hand that you play in a month on your phone or do it the old fashion way and just write it down. If you don't play often, make sure you use a sample size of at least 25 tournaments.

For some extreme individuals, they believe their pocket aces get cracked every time. In turn, they will over-raise to dissuade any competition from entering the pot, enabling them to win a small pot rather than losing. As a consequence, they may not get their aces cracked, but unfortunately, due to their pessimism, they will lose the opportunity to gain valuable additional chips. (Of course, there has to be a balance, as you don't want to limp and have numerous players enter the pot, as you are just asking for your pocket aces to get cracked.)

Again, I challenge you to write down your results every time you are dealt pocket aces. Remember you are only dealt pocket rockets once out of every 221 hands, so you may want to use a sample size of even more tournaments like 50.

Remember, as mentioned before, you must write down every result, no matter how boring the hand may seem. For example, an opponent raises and you reraise with pocket aces. If your opponent folds, you must mark this hand down on the win column, even though it was not very exciting or memorable.

Over the past decade, I have spent time trying to convince these pessimistic players that the game is not all doom and gloom. Trust me. By keeping truly accurate records, you will be pleasantly surprised with the results based on actual data and you may actually find it is not as bad as you think.

Hopefully, this analysis will let you extract more value from pocket aces and/or not be as stressed facing a race situation. And who knows, you may even now see a silver lining in these results.