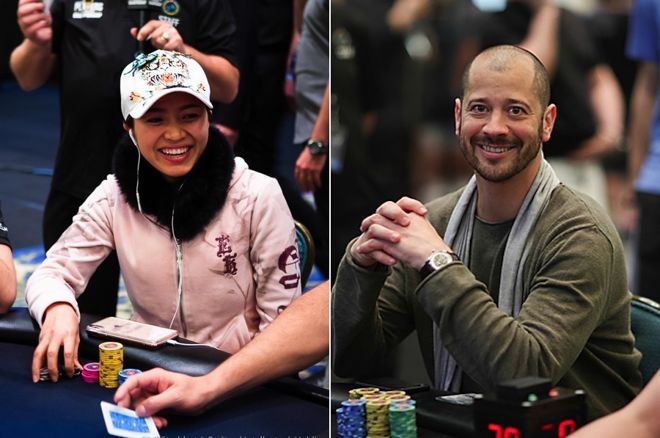 You've no doubt heard by now about the amazing hand that took place on Day 2 of the $25,000 PokerStars NL Hold'em Players Championship between Thi Xoa Nyugen and Athanasios Polychronopoulos.

If you haven't, Nguyen made what seemed to some a hard-to-fathom river fold against Polychronopoulos to avoid elimination.

Nguyen opened from the button with

, then called a three-bet from Polychronopoulos playing from the small blind. Both players checked the

flop, then after the

for a better full house, aces full of queens, and two days later the poker world is still talking about the hand.

Among those fascinated by it is Charlie Carrel, who was intrigued enough to make a video commenting on the hand (see below).

"It's so fun to see this kind of stuff," Carrel begins, noting how a hand like this reminds us all what makes poker so endlessly intriguing and capable of amazing us.

The analysis proper begins at about the 4-minute mark, and Carrel goes through the action street-by-street, commenting on both players' ranges as suggested by their actions at each stage. The board texture also helps him in this endeavor, insofar as it suggests that both players seem more likely than not to have real value hands and not be bluffing both on the turn and the river.

The river, of course, the most interesting street to discuss. Regarding Nguyen's fold, Carrel points out how it might seem to highlight the whole "exploitative-vs.-GTO" debate, but in truth this is an entirely unique hand and situation for Nguyen.

Unlike a commonly-faced circumstance that might come up repeatedly (say, in a cash game played over many sessions against common opponents), "this situation just ain't ever going to come up ever again," Carrel points out. Thus Carrel doesn't pay much heed to the suggestion that folding a hand like ace-queen here makes a person "exploitable."

From there Carrel does some more range-narrowing regarding what the players could possibly have on the river. Take a look:

As Carrel concludes, it was a truly "sick" hand and also great fun to watch and think about.

Both Nguyen and Polychronopoulos spoke to PokerNews about the hand afterwards as well. Read what both had to say in "The Fold of the Tournament! Polychronopoulos and Nguyen Comment on Infamous PSPC Hand."

There are still two more exciting days to go in the $25K PSPC. Be sure to follow PokerNews' coverage to see who ends up winning the $5.1 million first prize.