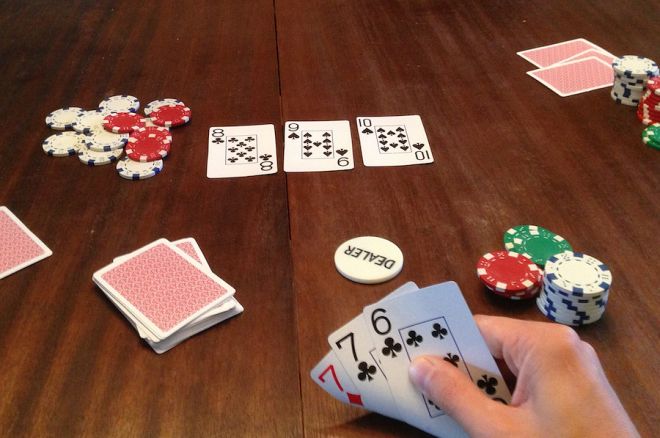 One popular variation often introduced into home games is to build upon traditional games with the addition of extra hole cards.

For example, I play in one dealer’s choice game where one of the players regularly calls three card hold’em, Pineapple, Crazy Pineapple, or Watermelon when it is his turn — all variations of hold’em in which you are dealt more than just two hole cards.

I’ve also played another variation — Crazy Watermelon – in which four cards are dealt, with each player discarding one card after the flop and then another card after the turn. It’s also not too hard to imagine further variations with five or even six cards dealt to each player, with discards coming at differing stages.

There are a few strategy tips for these games worth knowing about, most of which follow common sense.

Additional cards increase possible hand combinations, many more than most casual players realize. For example, in Pineapple when you go from two hole cards to three (from which you pick two), the two-card combinations increase from just one to three. Going from two to four cards increases the number of two-card combinations to six. Accordingly, games that allow players to see the flop with more than two hole cards will produce considerably stronger hands than traditional hold’em.

How can you exploit this difference?

in late position. Several players limp in ahead of you, and you call as well. The flop then comes

, giving you two pair (sevens and deuces) and a flush draw.

, you’d want to call a bet with your nut-flush draw.

When comparing these flop games with extra hole cards, the longer players retain their “extra” cards, the better the quality of the resulting winning hands. Therefore, three-card hold’em will have higher winning hands than either Pineapple or Crazy Pineapple, because players get to keep all three cards throughout the hand.

As in regular hold’em, you want to be aggressive early on in these games if you have a hand that is strong preflop. If you’re playing Crazy Pineapple or Watermelon, for example, you’ve got to play

aggressively, just as you would in hold’em. That said, with these strong starting hands you have to be more alert to players making stronger hands postflop.

Sets are more likely to occur, since it’s easier to be dealt a pair when you receive three or four cards than it is with just two. If you’re playing against opponents who don’t understand the value of set mining with more than two hole cards, you should be more willing to play your low pairs, even to preflop bets, and especially if they come with other cards that could help you hit a powerhouse.

Say, for example, in a game of Crazy Pineapple — where you’re dealt three and discard one after the flop — you start with

. Someone raises from under the gun and you call from position as do a couple of others, and the flop comes

At first it looks like a great flop for you — you’ve made a straight. But the UTG player bets and another player raises before the action reaches you. Do you really want to call even with your made straight? There are just too many possibilities of your opponents having better hands and/or better draws. The betting and raising should properly get you to fold.

Bottom line — when playing flop games with extra hole cards, recognize how those extra cards greatly increase the possible hands that your opponents could be playing. Accordingly, play aggressively with strong preflop hands, don’t fall in love with your postflop hand, and don’t underestimate the possibility that someone has a better hand than the good hand you hit on the flop.