Set Mining 101: Do You Have the Right Odds to Hit Your Set? 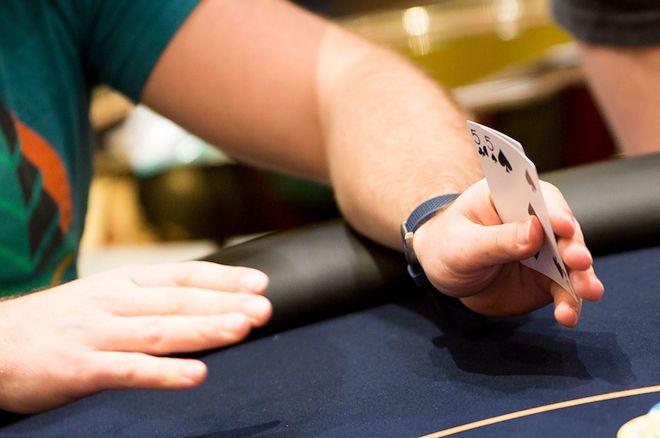 One of the biggest mistakes that I see a lot of newer poker players make is set mining without the correct odds.

"Set mining" refers to calling with a small or medium pocket pair with the hopes of hitting a set and winning a big pot. I typically suggest having at least 15-to-1 odds on your call when set mining.

Why Do They Need to Have So Much in Their Stack?

The first reason why you need to have at least 15-to-1 on your call is because you are roughly 7.5-to-1 against even hitting your set. In other words, you will only hit your set around 12 percent of the time. Not good.

But honestly, even 15-to-1 is cutting it close because many people do not realize that even if you hit your set, it doesn't mean you will always get paid off by winning your opponent's entire stack. For example, sometimes your opponent might only have ace-king and missed the flop and can make an easy fold once you start betting with your set.

Also, even if your opponent does have a big overpair like aces or kings, there is still a small chance your opponent might make a higher set or have the board runout favorably to make a straight or flush. That is to say, even those times when you hit your set, there will occasionally be instances when you still lose the hand.

All of this means it is really important to make sure that your opponents have a large stack when you are trying to set mine, especially if you are out of position.

This hand is a perfect example showing the importance of making sure your opponent is deep enough in chips before you decide to set mine:

In this hand we raise preflop with pocket fives from middle position and we immediately get three-bet by a loose and aggressive player on the button.

With a LAG player like this, we know that he is going to be doing this with a wide range. In fact his three-betting percentage is 12 which is extremely high. This range includes some value hands, but there are many more bluffs and speculative hands overall.

The problem is that we still only have pocket fives out of position which is an extremely difficult hand to play if we do not hit our set.

The interesting part in the hand, though, is when a recreational player cold-calls the three-bet out of the big blind. This is because recreational players are well known to call you down with any pair, any draw, and so on. That makes such players highly profitable to set mine against.

Unfortunately the recreational player only started the hand with about 40 big blinds. As I mentioned off the top, this isn't really enough for me to want to call here and set mine, which is why I would suggest simply folding in this spot.

In some cases you could consider making a light four-bet as well. But overall I think calling here to set mine with pocket fives out of position will be a slightly losing play over the long run.

If the recreational player (who we do have position on), had a full stack of 100 big blinds instead, then I think it is profitable to set mine. But when he is short-stacked like this, I prefer just folding our hand preflop.

I want to know what you think. Do you think this is a profitable spot to set mine versus a short-stacked recreational player and out of position versus a loose and aggressive player?

What kind of odds are you normally looking for when you decide to set mine? Let me know in the comments below.

Nathan "BlackRain79" Williams is a poker pro and the author of the popular micro stakes strategy books Crushing the Microstakes, Modern Small Stakes, and The Microstakes Playbook. He also blogs about how to beat the micro stakes over at www.blackrain79.com.