Which is Correct? Look at Your Cards Right Away or Wait Until Action Is On You? 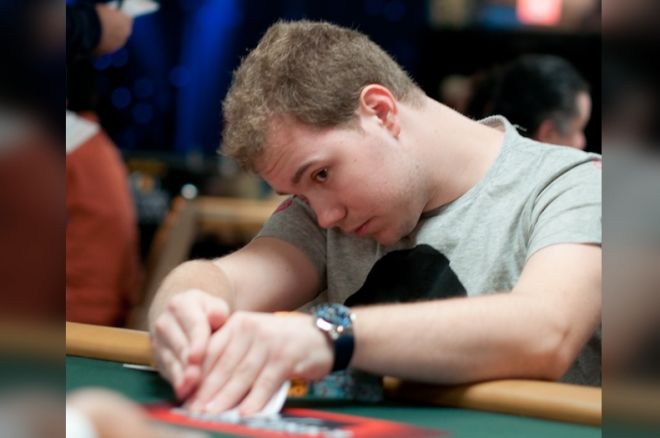 Do you look at your hole cards immediately when they’re dealt to you, or only when the action is on you? Whichever it is, it’s WRONG!

Or at least that’s what one is led to believe by any number of poker writers and professional players. They are split into two camps on this question, and each seems to think that the other is plumb crazy.

Let’s think through their arguments, starting with the “wait” side.

Steve Zolotow wrote this in his column for Card Player magazine (June 13, 2012): “I hope everyone avoids looking at their cards until it is their turn to act. There are two reasons for this. First, you can't reveal anything about your hand because you don't know it yet. Second, you can focus on your opponents and not on your cards.”

I have heard this same basic argument made by many different people over the years since I first started paying attention to poker. I think I first heard it from Phil Gordon during his commentary on the old Celebrity Poker Showdown program. (Gratuitous and irrelevant opinion: I thought that show was a lot of fun. I’d watch it again if they brought it back.)

In fact, those I’ve heard endorsing this practice tend to elevate it from mere advice or opinion to fact, as if it had been engraved by the fiery finger of God on Moses’s stone tablets.

For example, if you’ve been card-dead for a long time, and then find a hand like

-offsuit — a truly marginal, problematic starting hand — you may have an urge to raise with it, and thus dismiss or misinterpret signs of real strength that a player to your right is giving off. This can get you into deep trouble.

This all certainly sounds like an iron-clad argument for the “wait and see” approach, doesn’t it? So, is the case closed? Not quite.

Consider the point about giving away information about the strength of your hand by your reaction. That’s going to be a problem whether it occurs as soon as you have your cards, or when it’s your turn to act. To quote Phil Ivey, “If you have tells, work on them.” In fact, such tells are arguably a bigger problem if you display them when everybody is looking at you, waiting for you to act, than if they slip out when everybody is busy looking at their own cards.

As for Zolotow’s point about missing out on your opponents’ tells as they look at their cards, you don’t need to miss them. You can glance at your cards with literally less than one second taken from looking at the other players.

Are there advantages to looking at your cards right away? Yes.

First, it keeps the game moving more quickly if there isn’t a delay while every player looks at his or her cards and decides what to do.

Second, you may give off timing tells if all of your decision-making is done when everybody is waiting for you to act. If instead that time passes while others are acting, it is disguised. This works out nicely, in that you have more options available from later position, so it will tend to take you longer to evaluate them and settle on a course of action — but that is also when you will have the most time to decide, if you have looked at your cards immediately.

I don’t think there is just one right way to approach this. Ultimately, I think it comes down to a matter of preference. Do you like to have your cards in your mind as you interpret the actions and tells of the player to your right? Or do you like to evaluate those pieces of information in isolation, then apply them to what you see when you peel the corners of your down cards?

My personal preference is to look at my cards right away. But there are enough good reasons for waiting that I’m not dogmatic about it. If you have tried it both ways and decided that waiting to look works better for you, I’m not going to say that you’re making a mistake to do so.

My girlfriend adopts a kind of middle ground that I have seen only a few people use. She looks at her cards when the action is about two seats to her right. This lets her watch a few players act first (depending on her position, of course), but also give her enough time to process her decision that she isn’t delaying the game when it gets to her. This incorporates some of the advantages of both of the two more common approaches. It’s worth considering.

Like all strategic decisions in poker, there’s a lot to think about. As long as you do what you do for well-thought-out reasons and it works for you, don’t let anybody — not even me — tell you that you’re doing it wrong.

The Weekly PokerNews Strategy Quiz: “Snowing” in the Summer