From the button Phil Hellmuth moved all in for his remaining 555,000. Juanda looked at his hand several times before finally making the call.

Juanda drew one and Hellmuth tabled his cards, standing pat with

and determined that he was the favorite. Juanda slowly squeezed the cards, his hands shaking feverishly with anticipation. 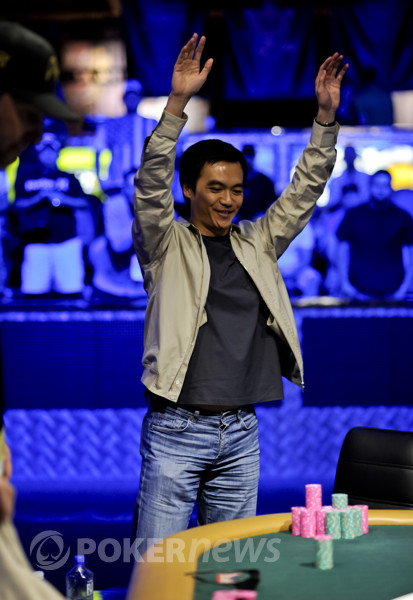 "It's not paint", Juanda remarked. He looked at the card fully and then slapped the

on the table, completing his jack low and officially marking the defeat of Phil Hellmuth heads up.

The crowd erupted into cheers and Juanda waved to audience, expressing his gratitude for their support. In stopping Hellmuth's quest for a 12th bracelet, Juanda was able to grab his 5th.

Hellmuth won't be leaving the Amazon Room with a 12th bracelet today, but he will be pocketing $226,907 for his efforts.