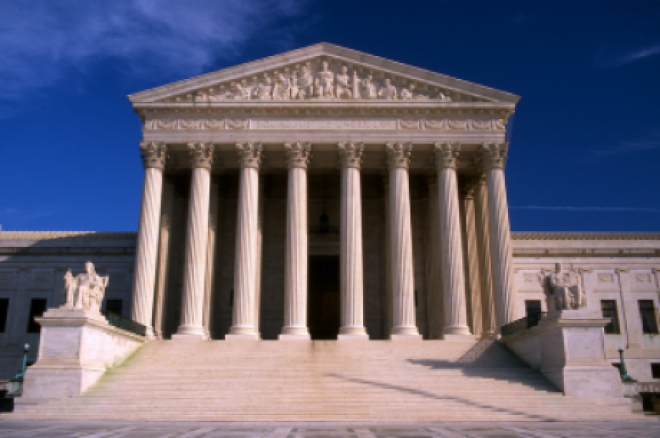 With only a week remaining before New Jersey Gov. Chris Christie has to make a decision on the future of Internet gambling in The Garden State, the Poker Players Alliance (PPA) had a 45-minute meeting Tuesday at Christie's office in Trenton.

PPA executive director John Pappas, state director Tony Salerno, and PPA members Lisa Pickell and Frank Sarah met for 45 minutes with a senior council representative to Christie. Pickell, a small-business owner; and Sarah, a teacher; are New Jersey residents, as is Salerno, who is a police captain.

They presented Christie's rep with two papers and oral arguments specifically aimed at addressing the two concerns — problem gambling and the real impact Internet gaming will have on Atlantic City — that the governor made public on a radio program last week. Although they felt the meeting went well and their opinions were heard, they didn't leave optimistic about the governor's decision.

“He didn't say how the governor was going to come down, although he did make some remarks that raised some skepticism and concern within our group that he may veto the bill,” Pappas said.

State Sen. Ray Lesniak, who sponsored the bill, has been saying that Christie must make a decision by Feb. 4. However, Pappas said that Christie's staff and lobbyists he's spoken with have indicated the governor has until Feb. 7. Christie can sign the bill, allow it to pass without action, veto it completely, or offer a conditional veto with proposed amendments that would make the bill acceptable to him.

One surprising takeaway from the meeting was that Christie's staff member told the participants that the office is getting three-times more phone calls from opponents of the legislation than supporters. The PPA has been reaching out to all of its approximate 20,000 members in New Jersey urging them to tell Christie to sign the bill.

“I'm skeptical that more people are calling against the bill than for it, but if that's what he's saying than we need to redouble our efforts,” Pappas said. “We're reaching out to all various folks in the poker industry to see if they have players or subscribers in the state of New Jersey. I think we need to get as many voices as we can reaching out to the governor.”

It's not just enough for poker players in New Jersey to call the governor's office at 609-292-6000 and ask him to sign A2578. It's time to encourage family, friends and anyone else in the state to help out. Callers need to be able to say that they are a resident of New Jersey and a voter, and present their reasons for why Christie should sign the bill.

Pappas said that it's only appropriate for residents of New Jersey to call, though outsiders can weigh in through Twitter and Facebook. As someone who has worked in a congressional office in the past, he said that any calls shown as outside the state on Caller ID get ignored.

The governor's concerns seem to be easily countered, and the participants at the PPA meeting did their best to illustrate why Internet gambling makes sense financially and why regulation will actually help problem gamblers.

Atlantic City is desperate for a change, with gaming revenues declining for the sixth consecutive year in 2012. The potential benefit of Internet gambling already has been shown by the parent company of PokerStars' attempt to buy the struggling Atlantic Club Casino Hotel, which warned this week that 1,729 people may lose their jobs if the deal — which needs regulatory approval and also may be contingent on Christie allowing the bill — does not go through.

“It's an economic no-brainer,” Pappas said. “They've tried several ways to save Atlantic City the last few years and none of them have worked. Everyone is telling him this is the way to give Atlantic City a lifeline so they can save themselves.”

One of the comments by the Christie staffer left attendees of the meeting feeling pessimistic about what he will do next week. This was the mention that a veto wouldn't permanently close the door on Internet gambling in Atlantic City.

“We just said that every day he waits on this puts New Jersey in a less competitive position globally, and perhaps later this year Nevada will already be up and running,” Pappas said.

Assuming that Christie realizes the obvious financial benefit for having Internet gambling out of Atlantic City, leaving only the concern on problem gambling, Pappas suggested to the staffer that the governor sign the bill and work out the rest of the details when developing the final rules and regulations.

“That's something they should consider as a way of not delaying this further,” Pappas said. “The director of gaming enforcement works under the direction of the governor, so certainly the governor would be able to work with the Division of Gaming Enforcement. Problem gambling could be strengthened in the bill, and we're open to that happening in the regulatory process.”