WSOP National Championship to be Contested May 22-24, 2013 in New Orleans 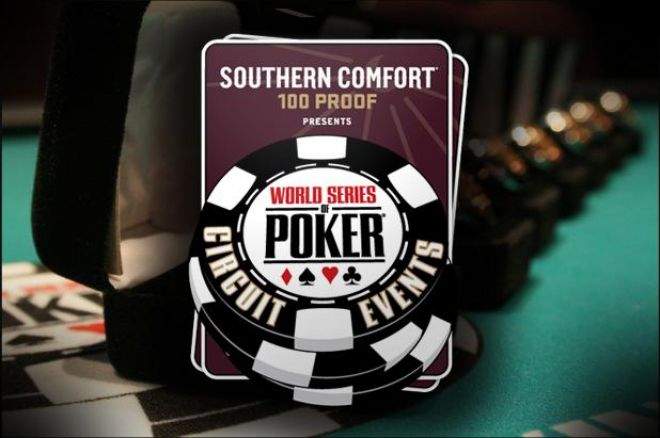 The 2012/2013 World Series of Poker Circuit is more than two-thirds complete, and only six stops remain before the third annual National Championship at Harrah’s New Orleans from May 22-24, 2013. What's more, through 13 stops (the numbers aren’t in for Caesars Atlantic City), 53,847 entrants have participated on the 2012-13 WSOP Circuit and generated $29,191,518 in prize money, putting the Circuit on pace to become the richest and most attended season in its nine-year history.

On May 21, this season’s sponsor, Southern Comfort 100 Proof, will host an official welcome party in New Orleans, coinciding with completion of the last WSOP Circuit stop of the season. Once that stop’s Main Event and Casino Championship are determined, the 100 qualifiers — composed of 20 Main Event champions, 20 Casino Championship winners, and 60 point qualifiers — will be determined, and they will be joined by up to 100 players (eligibility based on their performances in 2011 and 2012 open bracelet events) who opt to buy in for $10,000.

The field will then compete for $1 million in prize money fronted by the WSOP, plus any additional buy-in money from the 100 eligible players, and an official WSOP gold bracelet at a nationally televised finale, which will air on ESPN on July 30, 2013 from 9 to 11 p.m. ET.

Last year’s National Championship attracted 157 players and saw a $1,570,000 prize pool up for grabs. Walking away with the $416,051 first-place prize and gold bracelet was Ryan Eriquezzo, who qualified for the event by winning the 2011-12 WSOP Circuit Caesars Atlantic City Main Event.

Here’s a look at the players who are currently qualified for this year’s National Championship:

Finally, 100 players are eligible to join the National Championship. Among them are Phil Hellmuth, Greg Merson, Michael “The Grinder” Mizrachi, Ben Lamb, Jason Mercier, Chris Moorman, Antonio Esfandiari, Bertrand “ElkY” Grospellier, Phil Ivey, Vanessa Selbst, Barry Greenstein, Andy Bloch and Maria Ho. The entire list can be viewed by clicking here, but needless to say, it could turn out to be a star-studded affair.

If you haven’t qualified yet, fear not. There are still a half dozen more stops remaining: