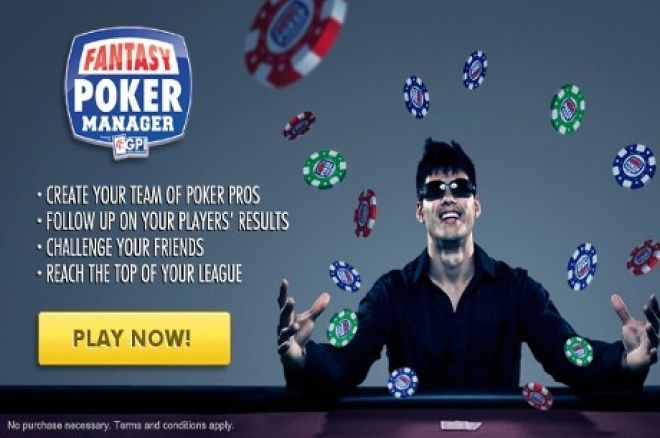 Each summer at the World Series of Poker, a host of poker's biggest-name players and most-established stars meet up and buy into a $25,000 fantasy poker game. Although it is entertaining to watch play from the sidelines, scores of poker lovers wish they could get in on the action.

Recently, Zokay Entertainment, parent company of the Global Poker Index, has signed an agreement that will see Fantasy Poker Manager become the official fantasy poker game of the WSOP for at least the next three years.

Fantasy Poker Manager launched in beta form on Facebook in January 2013 and has been an instant hit, quickly becoming the most-used fantasy poker application with over 20,000 users, including the majority of the Global Poker Index Top 300 ranked players. With this new agreement in place, which follows Fantasy Poker Manager being the official fantasy poker game of the World Poker Tour, Zokay hopes to have over 100,000 teams registered by the time the 2013 WSOP kicks off in a couple of months.

Speaking about the new deal, the CEO of Zokay Entertainment, Alexandre Dreyfus, said: "It is an honor for us to be recognized as the exclusive fantasy game of the World Series of Poker. We plan to continue our investment into Fantasy Poker Manager to make sure that poker fans get the best fantasy poker experience possible and are completely entertained during this year’s WSOP."

WSOP Executive Director Ty Stewart is also looking forward to the new partnership: "We know that many of our players and WSOP fans love the idea of fantasy poker. Now they have a great tool on Facebook that lets them compete with other fans around the world."

As part of the three-year deal, players who are ranked in the top 300 in the GPI will receive special benefits and privileges at the upcoming WSOP, although these are yet to be announced.

If you'd rather not wait until the WSOP starts to build your fantasy team, right now you can choose your squad for the upcoming WPT Barcelona Main Event. Once that event begins, you will be able to choose your team for the World Series of Poker Asia Pacific! Let us know who you pick for your team.