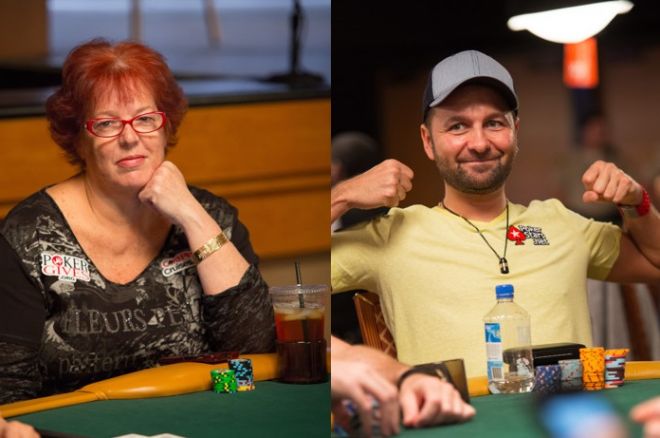 The Tournament Directors Association (TDA) met June 26-27 for its bi-annual summit at the Venetian Resort Hotel & Casino in Las Vegas. The organization, made up of more than 2,000 industry professionals like Matt Savage, Jack Effel, Jan Fisher and Linda Johnson, was created to implement basic standards, rules and procedures in an attempt to standardize tournament rules in Las Vegas and surrounding areas. Many of the rules are adopted by the biggest poker tournaments around the globe, including the World Series of Poker.

According to the website, the Summit is the democratic process whereby all members have a voice in suggesting, discussing and voting on the Official TDA Rules. Verbiage to some rules was altered on Thursday, and a few rules were added, while others were changed entirely.

Upon hearing of the rule modifications, many players complained about being left out of the process entirely. Daniel Negreanu voiced his concern on Twitter this week, sparking a debate between players and TDA members on Twitter regarding one of the rule changes.

"Hearing rumors the TDA has completely lost their mind looking to 'fix' things that aren't broken. Over policing a poker game is silly," Negreanu wrote. "One rule is designed to just piss off your customers, TDA, and it's not fixing a current problem we face in poker."

The rule Negreanu is referring to is the "first card off the deck" rule. In the past, the rule stated that a player's hand would be determined dead if they were not at the table by the time the last card was dealt to the button. The new rule states that a player's hand will be dead if they are not at the table when the first card comes off the dealer’s hand.

"Is this an issue that players were concerned with? Have you ever heard anyone have a problem or complaint about the last card off the deck rule? I have never ever heard a single person ask for such a change," Negreanu wrote in his blog.

Linda Johnson, a Poker Hall of Famer and board member of the TDA, told PokerNews this week that there are very good reasons behind the rule change, and that Daniel and the players backing him don't understand the whole issue and the reasons behind it.

"I know Daniel has decided to attack the TDA because of that rule," Johnson said. "I have no problem with somebody expressing themselves and representing their viewpoint, but I don’t see any reason for name calling and getting personal."

"The first card off the deck rule was made mainly for game integrity," she explained. "There are a few other reasons as well, but first of all what this rule says is that a player can no longer come behind another player and still have a live hand. It’s happened to all of us. I’ve come up to a table and accidently seen a player's card and my hand is kept live. It’s been done to me as well. I think there was a big issue the other day with that same problem. So what this does is eliminate that so it’s really good for the game integrity."

"Another reason it’s good because of favoritism," she added. "A dealer looks up and sees Phil Ivey coming to the table and may decide to slow it down to get his hand to him on time. Conversely, a dealer may look up and see a guy who doesn’t tip or doesn’t treat them nicely and will speed things up to kill his hand. This takes away any kind of integrity issues from the dealer or the player."

In response, Negreanu told us that Johnson's "favoritism" reasoning was "bulls***."

"The rule has always been the last card off the deck," Negreanu said. "Once the last card leaves the dealers hand then the hand is dead. There is no grey area about that. So changing it from last card to first card doesn’t have any effect on that."

"If it’s possible that someone has seen another player’s hole cards and trying to use that to cheat then penalize those players," he said. "You don’t make rules and penalize everyone else; you penalize the people you see cheating. If someone happened to be doing that, which is rare, then you penalize them or potentially bar them from the tournament for cheating."

Negreanu's main issue with the rule change is that it was never a concern of the players to begin with.

"You don’t change the rules that have been a part of poker for 40 years without complaint. No one has ever complained about this rule. So for them to overstep their boundaries and to create issues that were not present before, that’s a problem. If players had been complaining all over the world then okay, figure out a solution. But no one was doing this."

Negreanu calls the TDA Summit a noble effort, but argues that the process is "dangerous" and "inappropriate" without the opinion of the players. "I think the TDA does a good job of mapping out rules for things like breaking order or for things like actual poker tournament directors issues. When they start to meddle with the play of the game, that is where I have real beef with them; when they start to try to get Jack Effel to change a rule at the WSOP where on the river in an all-in, heads-up pot I can’t say whatever the heck I want to say."

"The biggest issue with what they are doing is they are implementing rules, putting them forth, without any issue coming from a player. No player has ever, ever made an issue out of the last card off the deck rule. So to make a change to something on a whim, without there being a pressing issue is a problem. Especially because they are not polling the players or asking the players what they think of such things.

"I know for a fact that there was discussion when the no-talking rule came out and I was voicing my displeasure with it. I know for a fact that they discussed whether it would be a good idea to have me allow to have my peace and talk to them through email, and I won’t name the person, but they said absolutely not, we don’t want him involved with this. Basically, they excluded me from that conversation in that regard and I was more than willing to have an open discussion with them. I find that overall the people that are making these decisions are simply not the most educated on the topics that they are ruling on. The players just know way more about it than they do."

Despite Negreanu's claims, Johnson says the organization polls players about rules and asks players for opinions all the time. And as a player herself, she's looking out for their best interests.

"We make the rules in the fairness of the game," Johnson said. "I have played probably 500 hours of poker at the WSOP. Many times at the Summit I stopped and said, ‘wait a minute, as a player I don’t think that should fly.’ It’s not directors against players."

"It is frustrating for us that the TDA gets blamed for a lot of things that aren’t TDA rules," she added. "For instance, Daniel was on live television blaming the TDA for the show-one-card-show-both rule. It wasn’t a TDA rule. Some card rooms have a rule that if you show one card then you have to show both to win the pot. As a player I would have never voted for that."

Johnson says the TDA hasn't ruled out having a player representative attend the Summit, but it would be difficult to find a person willing to give up hundreds of hours if they really wanted to be involved.

Negreanu says he wouldn't rule out participating, but he doesn't believe it would need to be a time consuming position for a player representative.

"The TDA can do their stuff and then talk to a group of top pros that play the tours on a grand scale and get their opinion on these rules through emails. It doesn’t take hundreds of hours at all. That’s bologna and not necessary."

"There are many young, capable players who could fit that role. Someone like Dan O’Brien or Scott Seiver or Jason Mercier or a lot of these guys who do play the tour and do have a much deeper understanding of what goes into playing these tournaments worldwide rather than someone who doesn’t play professionally."

The TDA will be releasing its updated rules later this month on its website and new mobile app, and you can view the entire TDA Summit on YouTube. For more information, visit PokerTDA.com.