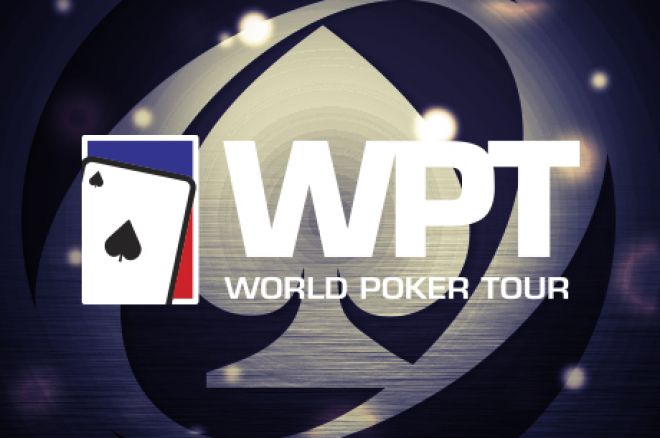 Just prior to the Season XII World Poker Tour’s first stop in the United States – the Legends of Poker at the Bicycle Casino – the WPT announced this season’s Ones to Watch, a roster of up-and-coming poker players to keep an eye on.

In need of a “Professional Best Friend”? Look no further than Jeff Gross, who is known to be just that to big-name players like Bill Perkins, Antonio Esfandiari and the all-time greatest Olympian, Michal Phelps.

If you have one of the most impressive runs by a woman in WSOP history, you're going to be a Ones to Watch. That's exactly what 23-year-old Loni Harwood, a professional poker player from Staten Island, New York, did this summer. Just prior to the Main Event, Harwood defeated 2,541 players to win Event #60: $1,500 No-Limit Hold’em for $609,017 and her first career gold bracelet.

It was her sixth cash of the summer, which included a sixth-place finish in Event #31: $1,500 Pot-Limit Omaha and fourth in Event #53: $1,500 NLHE. To top it all off, Harwood also tied Cyndy Violette's 2005 record for most final table appearances by a female in a single series.

An Illinois native, Kyle Julius made a name for himself online under the screen name “KJulius10” and has over $1 million in winnings on PokerStars, including a win in the Sunday 500 in January of 2011 for nearly $87,000.

Julius learned to play poker from his older brother, and shortly after a stint studying at Northern Kentucky University, he began playing poker full time. It proved a wise decision as he has already amassed more than $2.5 million in career earnings including $1.5 million for a runner-up finish to John Dibella in the 2012 PCA Main Event and $589,687 after finishing runner up in the 2012 WSOP Event #50: $5,000 No Limit Hold’em.

Christina Lindley made a name for herself long before she entered the poker world thanks to spending fourteen years in the entertainment and media industry. Since transitioning into the poker world, Lindley has found success on both the live and virtual felt. Online, she won $127,000 in the PokerStars World Championship of Online Poker (WCOOP) and finished runner-up in an FTOPS event for $106,000.

Lindley is still looking for her big break playing live, but that’s not to say she doesn’t have an impressive résumé; in fact, she had nearly $200K in live earning including five five-figure scores. Her largest was a 360th-place finish in the 2012 WSOP Main Event for $32,871.

Since then Massey has been traveling the circuit where he has added two WSOP Circuit rings to his résumé along with a slew of notable cashes. Massey already has more than $1.3 million in career earnings, and most industry insiders agree that it’s only a matter of time before he captures a major title—such as adding his name to the WPT Champions’ Cup.

Trying to capture the essence of the “Miami Boss” in words is next to impossible; instead, we’ll show you the man in all his glory:

In the poker media, Athanasios Polychronopoulos has earned the nickname “Control V” because it’s much easier to copy and paste his lengthy Greek name. That said, everyone should get used to writing his name as the man from East Hampton, New York has already amassed more than $1.5 million and two WSOP gold bracelet wins in his short career.

What do you think of this year’s Ones to Watch roster? Do you think anyone was left overlooked? Let us know in the comments section below.