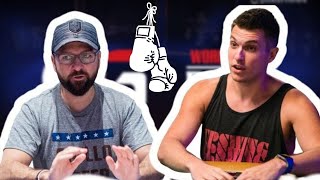 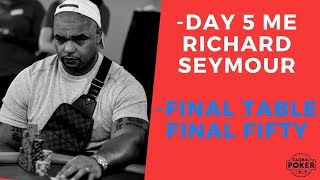 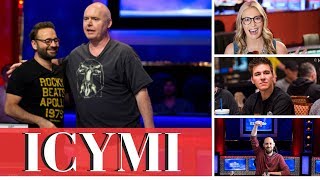 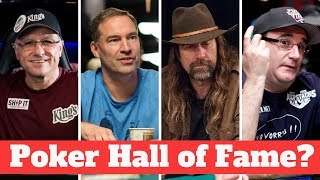 Which Poker Players Were Nominated for the Poker Hall of Fame?

Antonio Esfandiari is an American professional poker player of Iranian origin. He is best known for winning three WSOP bracelets and two WPT titles. He is also famous for winning the biggest cash prize in poker history of more than $18 million which he collected at The Big One for One Drop event at the 2012 WSOP.

Antonio Esfandiari made his biggest poker achievement in the summer of 2012 when he outplayed the field of 48 players consisting of recognized poker professionals and wealthy businessmen in the $1 million buy-in The Big One for One Drop event. The tournament benefited the One Drop Foundation established by the Canadian entrepreneur Guy Laliberte who himself finished the tournament in fifth place. Esfandiari collected the record-breaking $18,346,673 for his win which was the biggest cash prize in poker history.

Amir Esfandiari was born in 1978 in the Iranian capital Teheran. His family moved to California when Amir was nine years old. When he was 19 years old Amir changed his name to Antonio. In the poker world Esfandiari is commonly referred to as “The Magician”, the nickname he received for his skills and knowledge of magic tricks. Actually, before he started playing poker Esfandiari was pursuing a career as a professional magician. He is famous for occasionally performing his magic tricks at the poker tables.

Esfandiari has three World Series of Poker bracelets in his collection. He won his first title in 2004 by taking down the $2,000 Pot-Limit Hold'em event for $184,860. Although he continued scoring money finishes in WSOP events throughout the years, it wasn't until 2012 that Esfandiari once again made it all the way to the top. And what a summer it was for Esfandiari. He cashed in 6 WSOP events making two final tables and wining the biggest poker event in history, The Big One for One Drop.

Esfandiari has a good WPT record as well. He won two World Poker Tour titles in 2004 and 2010, made five final tables and has the record of nine money finishes. Esfandiari made his first WPT final table in 2002 when he finished third at the Third Annual 49'er Gold Rush Bonanza $3,000 Main Event for $44,000. Two year later he won his first WPT event for almost $1.4 million at the L.A. Poker Classic. Then six years later he scored the second one at the Doyle Brunson Five Diamond World Poker Classic $10,000 Championship taking home $870,000.

Esfandiari scored his first and only European Poker Tour money finish in 2008 when he final tabled the EPT Grand Final Main Event in Monte Carlo and took home €168,000 for the eighth place finish.

Apart from his WSOP and WPT titles Esfandiari has a couple of other big finishes as well. In March 2005 he came in third at the National Heads-Up Poker Championship in Las Vegas collecting $125,000 in cash. Just two months later he scored another third place at the WSOP Circuit Championship Event in Harrah's New Orleans Bayou Poker Challenge for $221,445. In 2006 Esfandiari played the exclusive Poker Superstars Invitational Tournament Season 3 Grand Final and finished in second place for $120,000.