History of the World Series of Poker, Part 3: The WSOP Today 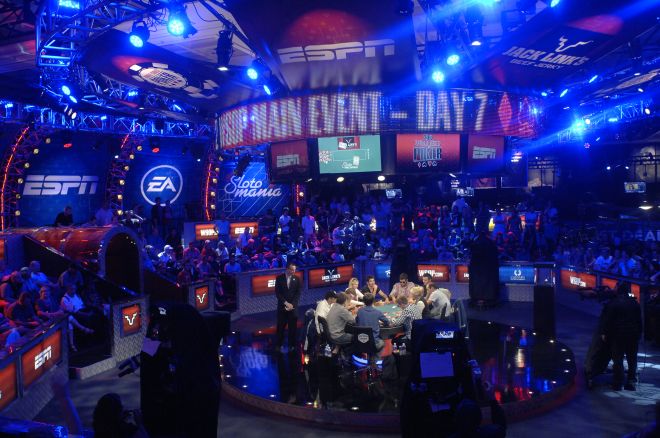 Continuing with PokerNews' editorial geared towards the World Series of Poker, we're bringing you Part 3 of the History of the WSOP: The WSOP Today. In Part 1, we looked at How It All Began. Then in Part 2, we looked at the Growth and Acquisition by Harrah's.

The WSOP as it is today is poker's largest spectacle. It's what everyone in the poker world, whether it be fans or players, look forward to each and every year. Some would say it's like Christmas, while others would describe the two months in the Rio as summer camp. Either way, no one would ever argue against the idea that the WSOP is poker's Super Bowl.

Since 2004, when the WSOP first crossed over into five figures for the entire series, the total number of entries has increased every year up until 2012, before things saw a slight decline. Despite the drop back in numbers, though, the WSOP still attracted over 74,000 total entrants in 2012 and is primed to top that in 2013. In fact, the WSOP has attracted nearly 575,000 entrants throughout its entirety.

As we talked about in Part 2, much of what the WSOP is today was a result of Chris Moneymaker's big win in 2003. In the years to follow, amateurs began taking more and more shots at ultimate poker glory while young kids began dropping out of college to chase down a dream. Nowadays, poker rooms are cluttered with young kids wearing hooded sweatshirts and poker tournaments are filled with amateurs taking a shot.

The thing about poker is this: Anyone with money can play. That's exactly what you see year in and year out at the WSOP.

In the recent years of the Series, dating back to 2007, gold bracelets have been given out on more than just one continent. The WSOP has expanded its brand to Europe and the Asia-Pacific. The WSOP has also given out a gold bracelet in the past two WSOP Circuit National Championship events, further increasing the value and attraction of the Circuit.

Not only has the WSOP grown to other areas of the world, but it's also grown within. Last year, the massive $1,000,000 Big One for One Drop debuted and attracted 48 players. The 2012 WSOP Europe and inaugural 2013 WSOP Asia-Pacific both held super high roller events, and this year's WSOP with host of $111,111 One Drop High Roller event. Back in the early 2000s when Moneymaker won, the $10,000 Main Event was the biggest and baddest there was, but it's a new market today and the WSOP recognizes that. With that recognition, they continue to grow. In 2013, the most gold bracelets will be given out around the world with 75.

The growth is great for the game, and it doesn't seem like it's going to be slowed down by anything. Even something as catastrophic as Black Friday only saw the overall number of entrants for the WSOP that year rise, and things have been holding steady since. With more events on the schedule this year and younger players still keeping the love of the game running strong, the growth of the WSOP doesn't look like it will end.

On top of all of that, more and more women are getting into the game, which is absolutely great to see. The WSOP of the older days was highly dominated by males, but women can now be found plentiful throughout the tables of the WSOP all summer long.

What we're trying to say is this: Today, the WSOP is more than just a male-dominated game for road-warrior gamblers from the old school. The growth is apparent, and the WSOP has done a good job of recognizing this growth and running with it. The old crowd is still around for the most part and doing well, while the younger crowd is making a name for themselves more and more each year. Then, you've got the women who are showing that this is much more than just a man's game after all.

The passion is still there fueling the growth of today's WSOP when many thought things had reached its pinnacle a few years ago. You also have to thank poker on television for keeping the game going strong.

When Moneymaker won, his fairytale story was broadcast all over the world through ESPN with the use of hole-card cameras. One could say that Moneymaker was as much of a "right place, right time" story as the rest of them, but if it had to be someone, why not the $39 satellite winner with the greatest last name in poker history?

Through television and Moneymaker's big boom, poker has been a staple on television throughout the world, led by the WSOP. Each summer, numerous episodes are aired, mainly focusing on the Main Event — fans love it, diehards can't wait to critique it, and players use it for study. The WSOP has grown so much that it's now a regular part of a major network — the major sorts network — and has attracted elite sponsors on a global level. Poker today is entertainment at its highest level, providing opportunities like none other to players of all levels and a shot at immortality on the felt.

In 2008, the WSOP moved the Main Event final table to November following play down to nine players in July. This move was criticized by many, by in the end, it has seemingly worked out for the better. The anticipation and build up throughout the off months has really helped the game of poker and the WSOP garner some added attention, especially those nine lucky players who made it that far. Then when November rolls around, the atmosphere in Las Vegas surrounding the event is absolutely electrifying. It's something that as a poker fan, everyone should witness at least once.

As things stand right now, Black Friday did a large number on the poker world. While many are simply treading water in hopes that it will all come back in full to the United States completely regulated in the near, near future, the WSOP has pushed forward. They've even begun developing their own online software to launch soon in Nevada, further putting the WSOP out there. If the constant adaptation and growth over the recent years by the WSOP in some of poker's toughest time means anything, it will show that the WSOP has set itself up for even more growth pending a second poker boom.