History of the World Series of Poker, Part 1: How It All Began 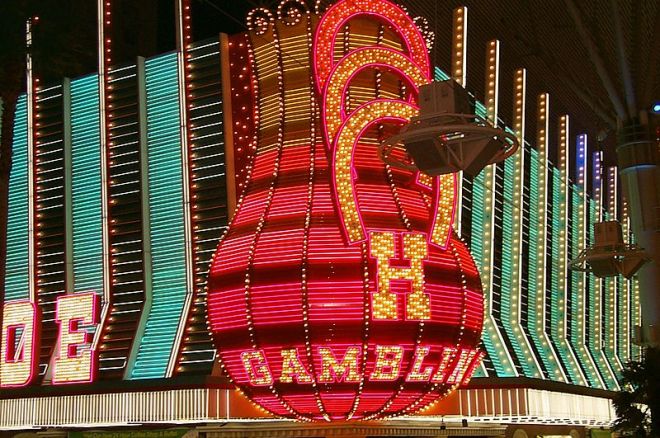 The World Series of Poker hasn't always been so glitz and glam, especially when it first came to fruition back in 1970. Here in the first of three previously-published parts on the history of the WSOP, PokerNews takes a look at how the greatest tournament series on the planet began.

The History of the WSOP

According to legendary poker player Doyle Brunson, the WSOP began as a way to attract poker players to Las Vegas for cash games. Several decades later, the event has grown to be the largest poker spectacle in the world, attracting hundreds of thousands of players over the years.

In its first year, the WSOP drew seven entrants. Last year, in 2015, the WSOP awarded 78 gold bracelets, including 10 given out in Europe. With another 69 events on the schedule for 2016, and the possibility of more coming from an international WSOP event later in the year, the 47th installment of the WSOP is set to be one of the largest ever.

While many of the historical references out there credit Benny Binion, owner of Binion's Horseshoe, with drumming up the idea to begin the WSOP, San Antonio, Texas, native Tom Moore really got the ball rolling when he hosted the "Texas Gamblers Reunion" at his Holiday Hotel and Casino in Reno, Nevada, in 1969.

Alongside gaming veteran Vic Vickrey, Moore invited several poker players up to Reno to take place in the event, although it would turn out to be the only time the event was held.

Both Binion and his son Jack were at the event, and Benny asked Moore if he had plans to run it again in the future. Moore said he wasn't going to, describing the gathering as a "loss leader" that didn't generate revenue thanks to all the invitees doing nothing but playing poker. Benny asked Moore if he minded if they hosted an annual gathering at the Horseshoe based on what he had tried, Moore said he didn't, and just like that, the WSOP was born for the first time in history.

In 1970, Johnny Moss was awarded the win, but not by winning a championship event like you see today. Rather, Moss was voted the best all-around player by his peers and given the title. The following year in 1971, Binion made the change to the freezeout format, although Thomas "Amarillo Slim" Preston has been credited to this idea.

The $5,000 Main Event had just six players. According to Brunson, it was him playing alongside Moss, Jimmy Cassella, Brian "Sailor" Roberts, Walter Clyde "Puggy" Pearson, and Jack Straus. Moss defended his title as world champion and won the event for $30,000.

Much of this growth can be attributed to the great Preston, who took the title in 1972, but more importantly took the role as poker's lead ambassador.

Slim Keeps It On the Hush

The WSOP Main Event was held with the initial buy-in of $5,000, it was increased to $10,000 for 1972, the year Preston won the event. Although the official prize results say that Preston earned $15,000 for the victory, while Pearson and Brunson each took $32,500 for their finishes in second and third places, respectively, it was a deal that truly gave Preston the win.

With Pearson and Brunson not wanting to win the event due to the unwanted publicity, the two agreed to let Preston "win," dividing up the money in terms of their chips. As it turns out, the result was great for the game.

Long-time WSOP Media Director and one of the great historians of the game Nolan Dalla described Preston's venture to bring poker into the limelight on WSOP.com:

"...he parlayed his personal triumph into a tidal wave of publicity that flooded the nation. Afterward, the talkative Texan became poker's greatest living ambassador. He went on a publicity tour that brought attention and status to the WSOP for the first time.

"Over the next decade, Preston appeared as a guest on The Tonight Show eleven times. He was cast in movies. He wrote a best-selling book. With Preston as the willing matador waving a red cape to the media, the WSOP had caught the public's fancy."

The next year, 1973, CBS Sports televised the WSOP and TV poker was born. This event should be directly credited to all of the hard work Preston put in to getting the word out about the game.

Through 1977, the Main Event was played out in a winner-take-all format. That changed in 1978 when Bobby Baldwin won the title in the first year the money from the prize pool was divvied up to several places, not just to the winner. Of the 42 players in the field, the top five received a cash, although the payouts were extremely weighted toward the winner.

Another radical movement in 1978 came when Barbara Freer entered the WSOP, becoming the first woman to do so. In 1979, Freer won the $400 Women's Seven-Card Stud event and went on to record five other WSOP cashes throughout her career.

Throughout the late seventies and into the eighties, many of poker's most respected players began to emerge. Brunson really put his stamp on the game by winning the Main Event in 1976 and 1977.

Stu Ungar matched that back-to-back feat in 1980 and 1981, then Johnny Chan did it in 1987 and 1988. Year after year, things seemed to get bigger and bigger, and the next swell in entries can be credited to tournament director Eric Drache and his revolutionary idea of implementing tournament satellites for the WSOP.

Drache got involved with the WSOP in 1973 and felt it would be great if the WSOP Main Event was able to gain at least one player each year. Not only did the size of the Main Event grow each and every year, minus a tiny set back from 1991 to 1992, but entrants rose from just six to 393 up until the year 2000.

It was during this stretch that the Horseshoe overflowed with WSOP players, so much so that the help of adjacent casinos such as the Golden Nugget and Four Queens was enlisted for extra space.

Then in 1989, the year Phil Hellmuth stormed onto the poker scene by winning the Main Event and stopping an epic three-peat by Chan, Binion passed away on Christmas Day, leaving the WSOP in the hands of his son, Jack Binion.

In Part 2 of PokerNews' History of the World Series of Poker, we'll take a look at the massive growth of the Series in the 2000s and the acquisition of the WSOP by Harrah's.