History of the World Series of Poker, Part 2: Growth and Acquisition by Harrah's 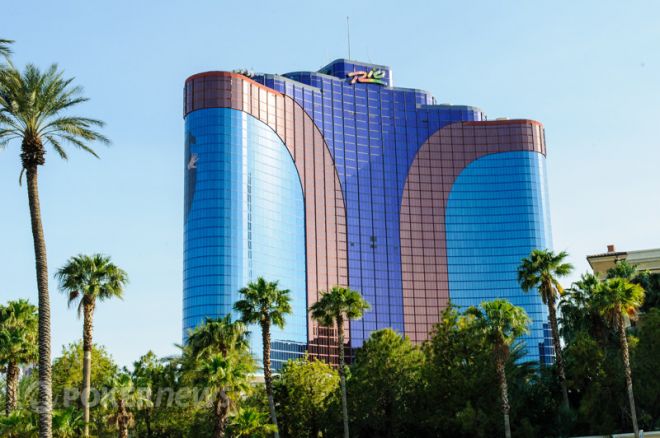 The World Series of Poker hasn't always been so glitz and glam, though, especially when it first came to fruition back in 1970. In the first part of this series, we took a look at how the WSOP began. Here in the second of three previously-published parts on the history of the WSOP, PokerNews takes a look at the WSOP's massive growth throughout the most recent decades and the acquisition of the WSOP by Harrah’s Entertainment.

As touched upon at the end of Part 1, much of the credit for growth must go to tournament director Eric Drache and his revolutionary idea of implementing tournament satellites for the WSOP. Drache got involved with the WSOP in 1973 and felt it would be great if the WSOP Main Event was able to gain at least one player each year. Not only did the size of the Main Event grow each year (minus a tiny setback from 1991 to 1992), but also, entrants rose from just six to 393 until 2000.

In 2003, the total number of WSOP entrants was at 7,572 — actually slightly down from 7,593 in 2002. Thanks in large part to Moneymaker's miraculous story and to poker on television with the hole-card camera, the total number of entrants nearly doubled to 14,054 for the 2004 WSOP. The Main Event alone saw 2,576 players enter.

This growth during the end of the 1990s and early 2000s didn't go without some tough times being dealt with, though. Long-time WSOP media director and one of the great historians of the game Nolan Dalla described this on WSOP.com:

"Oddly enough, poker's next "sonic boom" coincided with the deterioration and decline of the once-renowned Horseshoe. A split in the Binion family resulted in Jack's exclusion from WSOP operations. Many top names boycotted the casino and the tournament between 1999 and 2002. Despite its noted history, some controversy was long overdue at the World Series of Poker; and a number of high-profile disputes, with both dealers and players, made headlines.

"By 2003, critics were beginning to suggest that the WSOP's best days were long gone. A new rival, the World Poker Tour, began to jostle for the affections of poker players and the viewing public. During initial weeks of the 2003 World Series, fields were noticeably smaller; due in large measure to direct competition from the WPT."

Despite the hard times the WSOP may have felt, Moneymaker's win changed the game and a poker explosion like nothing that could have ever been predicted occurred. Poker suddenly captivated the public, and everyone and anyone wanted to come and play in the WSOP for their shot at glory. Just take a look at the image below that charts the WSOP's growth since 2000.

Now, while the WSOP may have been booming, there was some more shake-up that came about in 2004, the year Binion’s Horseshoe was sold and Harrah’s Entertainment acquired the WSOP. While it is true that the WSOP was growing rapidly and needed a bigger stage, a series of improbable events led to its acquisition by Harrah’s. The origins date back to the passing of Benny Binion on Christmas day in 1989 and the subsequent death of his wife, Teddy Jane, in 1994.

It was at that point that the Horseshoe was divided among the four surviving Binion children. Brenda received her 20.5 percent but refrained from the casino’s daily operations. Jack and Ted, who received 42 percent and 20 percent, respectively, continued to operate the Horseshoe. Sister Becky controlled only 18 percent. The situation quickly developed into a sort of family feud between Becky and her siblings. Ted quickly developed a drug habit, eventually lost his gaming license, and was banned from entering the Horseshoe. On top of this, he was also fined $250,000 and forbidden to receive money from the casino’s operation. With Ted out of the picture, the stage was set for a climax between Jack and Becky.

Things came to a head in January 1996 when Becky filed suit against Jack alleging mismanagement. The lawsuit claimed that Jack was filtering money and resources to his new casinos in Louisiana and Mississippi at the expense of Binion’s Horseshoe in Las Vegas. Her ultimate goal was to have Jack removed as president of the Horseshoe company. Jack and Ted attempted to quell the family feud by purchasing their sister Brenda’s shares and selling their combined share to Becky. A deal was struck and on July 7, 1998, just two short months before the untimely death of Ted, and Becky gained controlling interest in Binion’s Horseshoe after a prolonged legal battle. As the new president of the Horseshoe, Becky quickly appointed her husband, Nick Behnen, manager, and the two set out to make some changes to the operation.

Once in control, Becky implemented some very unpopular cost-cutting measures. The most notorious was her husband’s advice to sell the million-dollar glass horseshoe that had displayed a collection of one hundred $10,000 bills since 1964. The display had been a must-see attraction in Vegas for decades where visitors could pose and have their photo snapped. In 2000, the entire collection was sold to Jay Parrino, a coin collector, for an undisclosed sum. The decision proved extremely unpopular, especially among Benny’s old-time poker friends. Bob Stupak, the man responsible for the Stratosphere, responded to the sale by saying, “It’s almost like family history; I’m extremely disappointed.”

The misgivings against Becky continued to mount over the next few years. Players began to notice that the buffet no longer served the high-quality food that was expected at the Horseshoe. Becky cancelled the Poker Hall of Fame Classic and reduced the gold in the WSOP bracelets from 18 to 14 karats while implementing a flimsier design. Needless to say, they were no longer fashioned by Neiman Marcus. Along with husband Nick, the pair replaced every employee remotely associated with her brothers, including the popular Jim and Susie Albrecht, poker-room managers at the Horseshoe, and Jack McClelland, the director of the WSOP. Combined with the ouster of Jack Binion, the firing of so many employees led to a boycott of the Horseshoe and WSOP by many of poker’s biggest names including Doyle Brunson and Chip Reese.

Poor customer service, lowering betting limits, restricting comps, and employee dissatisfaction led once-loyal patrons to take their business elsewhere. Many people viewed the new ownership as clearly inept and felt the Horseshoe’s once proud image was being tarnished. Becky’s troubles continued to mount when the Culinary Union became aware that money deducted from their member’s paychecks. The money was supposed to be used toward an employee’s health insurance but was being kept by the casino ownership. Once this was brought to the attention of the Internal Revenue Service, it filed a lien against the property in November 2003. The IRS claimed the Horseshoe owed $5 million in unpaid payroll taxes dating to 2002. A second lien was filed a month later claiming an additional $2.5 million in back taxes. This money was owed to Nevada, the Southern Nevada Culinary and Bartenders Pension Trust Fund, and the Hotel Employees and Restaurant Employees International Union Welfare Fund.

On January 11, 2004, at 5:30 p.m., everything came to a head when Metro Police, IRS and FBI agents, and the Nevada Gaming Commission stormed Binion’s Horseshoe cage and seized all available cash, which amounted to well over $1 million. With their bankroll depleted and unable to have the funds to cover wagers, Binion’s Horseshoe, which had served as the venue for the WSOP since 1970, was closed later that same day.

Harrah’s Entertainment officially took control of the WSOP beginning in 2004, but little difference could be seen between that year’s tournament and any prior. That is because Harrah’s allowed the same staff to run the event unhampered at Binion’s Horseshoe. Aside from a few media regulations, the event went on with little input from Harrah’s because of the limited amount of time between the acquisition and the start of the WSOP, which began on April 21, 2004. Harrah’s went on to build the WSOP brand, sell off the Horseshoe property (today known simply as Binion’s), and the rest, as they say, is history.

In 2005, the decision was made to move the WSOP from Binion’s to the Rio All-Suite Las Vegas Hotel and Casino — a much larger space for the tournament set just off of the heart of the Las Vegas Strip. The move was great, excited the newly owned WSOP, and players flocked. Over the next several years, numbers boomed, including the total prize money awarded. In 2005, a staggering $106,055,907 was awarded — the first time the WSOP eclipsed the $100,000,000 mark, smashing the previous year's record of $45,973,770.

What most people would refer to as the WSOP today began in 2004 — massive tournament fields, players from all over the globe trekking to Las Vegas during the summer, hundreds of millions of dollars up for grabs, large corporate sponsorships and TV tables.

In Part 3 next week, PokerNews will discuss a bit more about the WSOP as it is today.