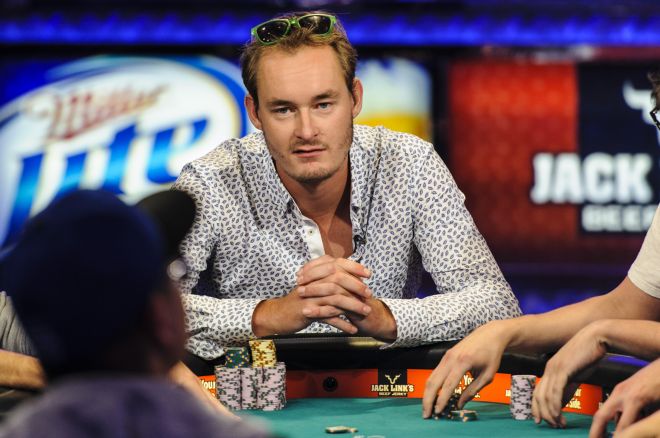 Although Brummelhuis will begin the final table in the bottom half of the counts, his spot isn’t too bad. Mark Newhouse, who is eighth in chips, is to his immediate left and shouldn’t pose too much of a threat due to his stack size. Likewise, Ryan Riess and Amir Lehavot are the next two players to his left. While they both have big stacks, they played fairly snug heading into the November Nine. If they come in with the same mentality, Brummelhuis should have some opportunities to swipe the blinds and antes.

Brummelhuis told ESPN that putting in volume online at a young age in the Netherlands was difficult, because his parents didn't have Internet.

"Back then, we did not have Internet at home," he said. "There were a lot of Internet cafes. So I sat down there, installed the program and started playing. The first day, I got aces three times and won some money. I just fell in love with the game right away."

With a minimum cash in the Main Event, the largest score of his career, Brunmelhuis has over $1.4 million in career tournament earnings. The Dutchman's previous largest score came in 2010, when he finished fourth in the $25,000 High Roller at the PokerStars Caribbean Adventure for $154,350.

During the four-month break, Brummelhuis traveled to the European Poker Tour London and the WSOP Europe, but was unable to record a cash at either event. The 32-year-old was able to enjoy the birth of his son Thijmen in September, however.

"I definitely feel different now," he told ESPN. "The responsibility and love you feel for such a special new person in your life is really great. It gives me extra motivation to provide for the future and make as much money possible. You don't want to gamble with your bankroll anymore like I used to because there are more people depending on me than just me."

The 2013 WSOP Main Event final table will take place starting Monday, Nov. 4 at 5 p.m. Las Vegas time, and you can follow all of the live, hand-for-hand coverage right here at PokerNews.com.