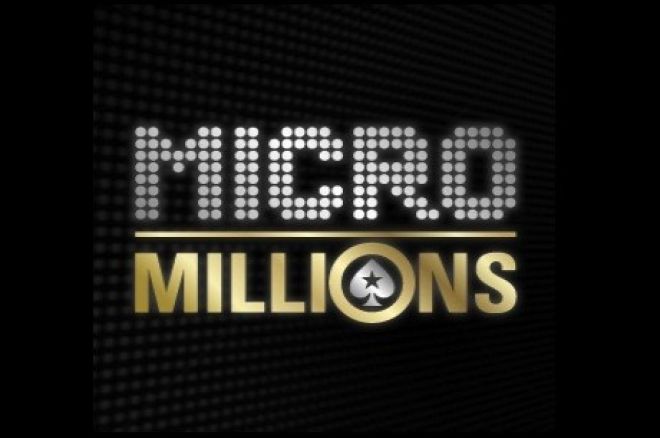 On Sunday, the MicroMillions 6 wrapped up play on PokerStars thanks to the completion of the $22 No-Limit Hold'em Main Event. The biggest and baddest event of the 100-tournament series had a massive $1 million guaranteed prize pool with $150,000 guaranteed to the winner, all for just $22.

After three-handed play was reached, a deal was struck between the remaining trio. According to the event report from Kristin Bihr over at the PokerStars Blog, here's how the chop was organized:

"Final table host Tyler "frosty012" Frost presented both ICM and chip count chop figures to the final three. While "kabukiboy" and TheManM were keen on an ICM deal, "ZAR84" wanted to walk away with at least $130,000 locked up. Kabukiboy agreed to turn over $2,000 from his ICM share and TheManM offered up $452.08, leaving himself with an even $106,000. His total close to $129,000, ZAR84 opted to close the deal and both kabukiboy and TheManM agreed to the revised terms. With $20,000 still left to play for, cards went back in the air."

Following the elimination of ZAR84 in third place, it was TheManM faced with a tough mountain to climb against kabukiboy in heads-up play. When the match began, kabukiboy had nearly 507 million in chips to just over 147 million for his opponent.

After battling back to even, TheManM stretched out a chip lead of his own before taking things down using the

. On the final hand, kabukiboy min-raised to 24 million on the button with just under 176 million behind. TheManM reraised all in, and kabukiboy called it off. The board ran out

to give TheManM the victory.

All told, MicroMillions 6 awarded over $8.82 million in prize money and attracted over 1.42 million entrants. Winner of he MicroMillions 6 Leader Board to claim the Player of the Series title was "quixote123" and he'll take home half-a-year's worth of PokerStars Sunday Million tickets.

For more results on the events from the PokerStars MicroMillions 6, visit the links below courtesy of Learn.PokerNews.com: