European Commission Has Issued a Recommendation On Gambling 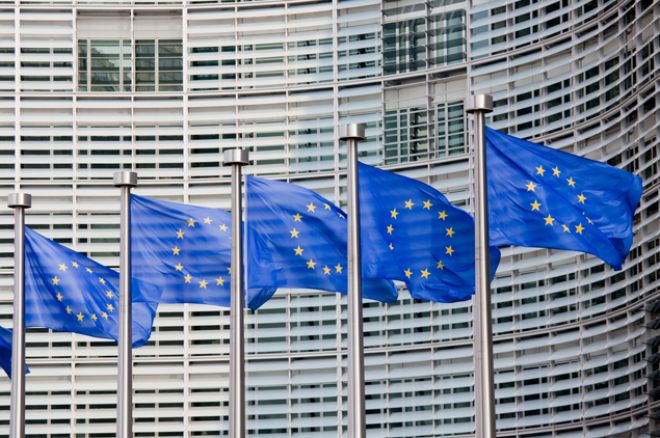 With a recommendation "on principles for the protection of consumers and players of online gambling services, and for the prevention of minors from gambling online" issued on Monday, the European Commission has tried to intervene where the "existing legislation has failed."

"Consumer protection is an area of shared competences between the EU and the Member States," the recommendation said, explaining how the Commission believes that "EU action is justified if EU citizens are inadequately protected without it."

A week after PokerNews reported that the European body was about to issue a recommendation to push for a stricter regulation of online gambling ads within the Union, the Commission issued a document asking Member States to change their approach on the online gambling market.

Such national approaches, however, seem not to satisfy the Commission in terms of consumer protection, measures to prevent underage gambling, and competitiveness against gray-area operators.

"In the EU, there are thousands of unregulated gambling websites (…) to which consumers are exposed and which carry significant risks such as fraud and money laundering," it stated.

And, as the former president of France's online gambling regulator Jean-François Vilotte once pointed out in an interview to PokerNews, the European Commission seems to believe that the success of illegal operators is to be seen as a direct outcome of wrong and not competitive legislation.

"Whenever online players perceive a lack of supply, unattractive offers, or low returns on their stakes, they start looking for competing gambling opportunities," the recommendation said. "These are readily available, often in the form of unregulated gambling websites."

This, in the eyes of the European Commission, is partially the result of the fragmentation that the European Union suffers, as its Member States decided to regulate gambling at a national level rather than at an international one.

"Across the Member States there are uneven levels and measures for protecting consumers and for responsible commercial communications," the recommendation went on to say. "Member States mostly develop their policies in isolation and there is no overarching EU approach to align them. This has resulted in divergent and inadequate regulatory supervision. There is a need for better consumer protection. Commercial practices, harm minimisation, prevention of problem gambling and monitoring of gambling behaviour, should be regulated more strictly."

According to the non-binding document issued by the European Commission, Member States should consider to act and eventually modify their national legislation in order to "protect minors from gambling, provide for more coherent commercial practices and improve awareness in order to mitigate to the extent possible the adverse effects on consumers of unregulated gambling sites in the EU."

Although the Commission's Expert Group on Gambling is expected to help the EU Member States to reach the recommendation's objectives by facilitating information sharing among different EU gambling regulation, the Commission believes that any initiative deemed useful to meet the goals above, should be left in the hands of the national governments.

"Although an EU Directive would be best placed to achieve the objectives, it is not feasible at this stage to propose a legislative solution," the recommendation concluded.

The European Gaming and Betting Association Welcomes the Recommendation

The principles and the measures included in the recommendation sent to EU Member States by the Commission on Monday have been immediately welcomed by the European Gaming and Betting Association (EGBA).

"We are very pleased that the European Commission is taking the lead in implementing an EU policy for online gambling, which is evidently necessary for this cross-border Internet sector. We encourage the Commission to fully implement its action plan and address the fragmentation of the EU market with similar actions and legislative initiatives," Hajier continued.

As for what was included in the text, the European Commission should carry out an evaluation after 24 months from the date of adoption of the recommendation.