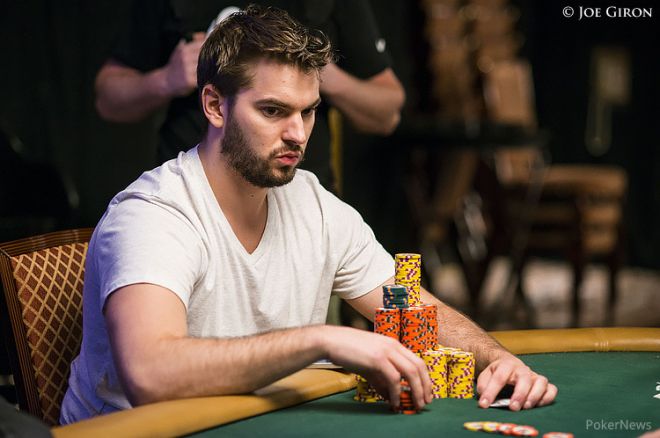 The latest edition of the Full Tilt Online Poker Series (FTOPS) is in the books. The last of the 31 events was played on Sunday, Aug. 17, and when it was all over more than $4.5 million had been awarded in total prize money.

While "ponyo88" made headlines by winning the Main Event for more than $150,000, it was poker pro Mark "dipthrong" Herm who dominated the series from start to finish. Herm easily won the FTOPS XXVI Leaderboard — despite not winning a single event — and was awarded a coveted four-month Full Tilt Poker Black Card Sponsorship which comes with 100% rakeback and exclusive FTP merchandise.

It's rare to see someone win any leaderboard with a quick start out of the gate, but that is exactly what happened in FTOPS XXVI. By finishing in the top 10 six times in the first 14 events, Herm was able to establish such a huge lead that no one was even close to catching up to him.

Herm told PokerNews he was going for the leaderboard from the very beginning: "I was pretty sure (that) I was going to go for it since the beginning, then the first Sunday I final tabled the first big no-limit event they had and I thought I would definitely be able to win [the leaderboard] from there."

With 835 points going into the final weekend of the FTOPS XXVI, his opponents had some catching up to do. Herm cashed in a few more events, including the No-Limit Omaha Eight or Better (which he promised to do in Ruthian style), propelling his final leaderboard total to 1,013 points.

We asked "dipthrong" how confident he was when calling his shot in the NLO8 event and if this is one of the games outside of no-limit hold'em he feels confident in. "I guess I’ve been playing plo8 probably as long as I’ve been playing NLHE and I really love this new format of NLO8," he said. "I’ve been trying to figure out what hands you can shove and all that so I guess I’m still working out the kinks, but people are very bad in those games and you can really outplay people post flop. I think the ROIs possible can be huge."

Although this extra points helped Herm breathe a little easier, they were not necessary at the end of the day since second place finisher "osziIIator" finished the series with 794 points, a bit shy of what Herm had to start the weekend.

Herm feels great about the win and his prospects for the upcoming WCOOP at PokerStars in September.

"I feel good; I really have a strong desire to continue to get better at all the other games," he said. "I was actually looking at the stars WCOOP TLB structure to see how difficult it would be to win.

"These things usually just come down to grinding. They include all the games, and I’m either decent enough at the games or I have good friends like Paul 'paulgees' Volpe who can tell me what to do in the games I’m lost in."

Congrats to "dipthrong" on the FTOPS XXVI leaderboard win and Black Card Sponsorship.

Here is a look at the top 10 of the leaderboard.

FTOPS XXVI had 30 different winners in the 31 events, with only one player winning multiple tournaments. Amazingly, the Main Event winner "ponyo88" not only placed himself in the FTOPS history books with his win in the Main Event, but also notched an early win in Event #2 for $33,255.

Chris "MoormanI" Moorman won FTOPS Event #5 for $6,202.24. While the winning prize was one of the lower amounts awarded in this FTOPS, it was crucial to Moorman since it helped achieve his record-breaking 22nd PocketFives Triple Crown.

Congrats to all the winners in the twenty-sixth edition of the FTOPS.