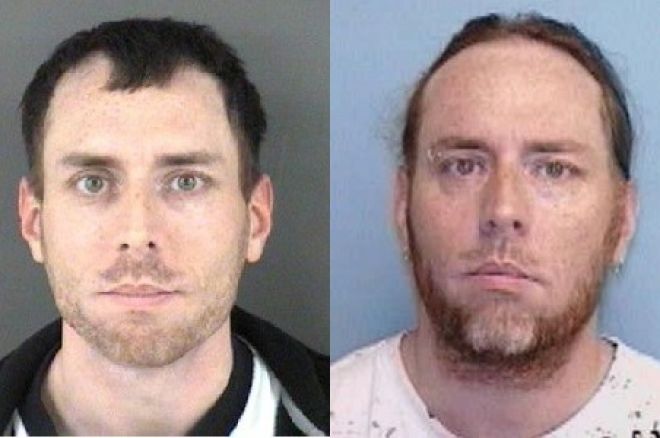 PokerNews contributor and East Coast-based attorney Maurice "Mac" VerStandig is an expert on the American gaming scene. He is well-versed in casino management from common issues of fraud and theft prevention to the Unlawful Internet Gambling Enforcement Act and Indian Gaming Regulatory Act. With a strong background in bankruptcy work, VerStandig is also skilled in the strategic valuation and monetizing of complex assets, and applies that knowledge to all areas of his practice, from fraud recoveries to traditional insolvency proceedings. Here, VerStandig takes a look at the the impending sentencing of Borgata chip counterfeiter Christian Lusardi.

Christian Lusardi — the man best known for allegedly smuggling counterfeit chips into a Borgata poker tournament in early 2014 — is now on the cusp of facing sentencing for a far graver variety of counterfeiting: copyright infringement. While his rendezvous with Lady Justice has been postponed slightly, at some juncture around late March or early April, the infamous gambler will stand before a judge of the United States District Court for the Eastern District of North Carolina and learn his fate.

The range of options that judge will have is almost as interesting as the story behind just how it is that Mr. Lusardi found his way from America's oldest boardwalk to the northern expanses of Dixie, and the story behind how an oversized rodent named Mickey ended up proving a far more formidable foe than a gaming parlor on the New Jersey shore.

By way of a refresher, the 2014 Borgata Winter Poker Open came to a screeching halt when phony chips were found in tournament circulation. Mr. Lusardi, allegedly the culprit, is thought to have panicked as news of the con spread and, supposedly seeking a means of disposing of evidence, is widely purported to have flushed numerous more chips — never smuggled into circulation, but still sitting in a Harrah's hotel room — down a toilet. Something of a plumbing fiasco ensued, and it did not take long to sync names of tourney registrants with names of guests from the part of Harrah's where the pipes burst.

The manhunt was largely anticlimactic — Mr. Lusardi was picked up in relatively short order and, according to news reports, charged with "rigging a publicly exhibited contest, criminal attempt, and theft by deception." But that was only the beginning of Mr. Lusardi's descent from being a guest of Harrah's to being a guest of the state; it seems, also according to news reports, that federal authorities had long been eyeing the poker player in connection with international DVD bootlegging, and some 37,500 DVDs — alongside pirating paraphernalia — were soon discovered when authorities raided his North Carolina home.

On Feb. 5, 2014, Mr. Lusardi was formally charged in federal court in North Carolina with violating American copyright law; three months later, he was processed through the United States District Court for the District of New Jersey (where he was still being held) and sent down south, where he appeared in a Raleigh courtroom on June 5, 2014. Thereafter, Mr. Lusardi entered a plea of guilty to violating three sections of the United States code, and he is now out release pending sentencing.

Oddly, while the plea agreement itself is sealed — and thus outside the purview of public scrutiny — a procedural motion filed by the prosecutor's office makes clear which sections of federal law Mr. Lusardi pled guilty to violating, and that his plea was to a two-count indictment. That four violations of the law, contained in three statutory provisions, can be charged in a two count indictment is something of a dull oddity — suffice it to say, this is not nearly as unusual as it seems, and there is little to be gained by keeping score of these numbers.

So just what happened to those three charges in New Jersey, stemming from the Borgata incident? As of present, it is not that easy to distill a simple answer. The Garden State guards closely criminal records except for those where a conviction has been obtained, and it does not appear that Mr. Lusardi has been convicted (at least not on account of anything that has graced this publication — there is a suggestion that someone with his name went down on a couple of state theft charges in the early 1990s, and a federal theft charge shortly thereafter). But the federal charges — while certainly lacking the allure of a Danny Ocean scheme gone horribly wrong — are inherently more serious, and the federal charges are likely to be the easier, and weightier, to handle. Could he have negotiated a dismissal of the state charges in exchange for his federal plea? Absolutely. Is it odd that he pled guilty to both counts with which he was charged in federal court? Somewhat. Does this suggest federal and state prosecutors cooperated? Maybe. But is any of this a certainty? Absolutely not.

Understanding why the federal charges are weightier, however, requires some separation from the world of casino gaming, and intense focus on the American symbol perhaps most antithetical to gambling culture: Mickey Mouse. While it is an urban legend that Orlando’s most famous male rodent is at the heart of the entirety of the United States Copyright Act, it is very much true that American copyright law is periodically amended with a not-so-thinly-veiled goal of ensuring certain categories of works from as far back as 1928 — the year in which Mickey made his big screen debut in Steamboat Willie — are protected, and that those pirating such protected works face appreciably stiff penalties for their commercial ills.

Copyrights protect not just entire works, but parts of works — iconic fictional figures in movies (like Mickey Mouse), notable melodic orchestrations (as Sam Smith seems to have recently learned), turns of phrase in writings (the Jayson Blair episode being a prime example) and so much else. There are myriad of exceptions to copyright protections; parodies and non-commercial uses being notable, if only to offer some reassurance that hosting a Rounders viewing party in your apartment is unlikely to yield a federal indictment. But if you seek to make a few extra dollars by selling t-shirts proclaiming "If you can't spot the sucker in your first half hour at the table, then you are the sucker," you could end up in just as much hot water as if you seek to make a few extra dollars by selling bootleg copies of Matt Damon's finest theatrical work.

That is where Mickey Mouse comes in — as of present, and casting aside a field of byzantine exceptions that keep attorneys like myself plentifully busy, only the good people at the Walt Disney Company can commercially hawk Minnie's endearingly cheery mate. But copyrights have terms — at some point, everything enters the "public domain" and becomes a literal free-for-all — and once Steamboat Willie is in that "public domain," Mickey will almost assuredly start making cameos well outside the sanitary confines of Orlando and Anaheim.

To the film industry, whatever bootlegged DVDs Mr. Lusardi was allegedly holding are as big a threat to Mickey as they are to the directors of the actual works themselves (while I have not a clue what movies were supposedly in his North Carolina home, I somehow doubt Fantasia 2000 is blowing up on the black market). A copyright is a copyright; Hollywood guards them all zealously, and federal prosecutors do not favor those who just so happen to traffic in lesser works of cinema. And thus it is actually the Motion Picture Association of America – Hollywood’s near-peerless Washington, DC lobbying arm – that has held up Mr. Lusardi’s sentencing; the powerful trade group has a right to complete a "victim impact statement" for the judge sentencing Mr. Lusardi to consider before rendering his fate, and apparently requires more time to do so.

Of course, there are other factors – since the plea agreement is sealed, it is not known if the United States offered a sentence recommendation in exchange for the guilty plea, and an order of restitution will almost certainly accompany any time behind bars. Moreover, some judges are more apt to depart from the guidelines than other judges – this is a quasi-public case, Mr. Lusardi is not a particularly sympathetic figure, and the North Carolina bench is not renowned for its liberalism; do not rule out the cliché example being made of Mr. Lusardi.