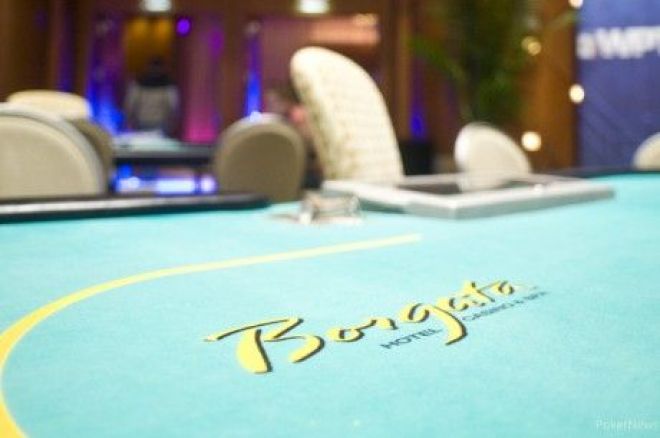 Earlier this year, a counterfeit chip scandal rocked the 2014 Borgata Winter Poker Open. In mid-April, New Jersey Division of Gaming Enforcement (DGE) Director David Rebuck released the final order regarding payout distribution to affected players. Now, six of those players, all of who were among the final 27 in the tournament, have filed a lawsuit against the Borgata.

According to the complaint obtained by PokerNews, the six players — Duane Haughton, Michael Sneideman, Cuong Tran, Alvin Vatanavan, Christopher Korres, and Cuong Phung — filed a Civil Action Complaint on Tuesday with the Superior Court of New Jersey through lawyers William H. Pillsbury and Maurice B. VerStandig of Offit Kurman, P.A.

The complaint alleges four counts against the Borgata — Negligence, Breach of Contract, Breach of Implied Contract, and Negligence Per Se — and seeks damages of $33,756.44 for each of the plaintiffs.

“The four counts each represent an independent cause of action against the Borgata, and each is independently meritorious in light of the egregiously inadequate means with which the Borgata operated the Winter Open,” said VerStandig. “However, the damages sought are not cumulative, so at this time we are only seeking the pro rata chop value, plus interest and attorneys’ fees, on behalf of each plaintiff, and we are only asking the court to award this money once, regardless of there being four counts.”

According to the aforementioned DGE order, Borgata is responsible for distributing a total of $1,721,805 to eligible entrants who participated in the tournament compromised by Christian Lusardi. According to a statement by Borgata, the money would be distributed to 2,143 entrants determined to be affected by the scandal, though the final 27 would only receive $19,323. The winner of the tournament was originally supposed to receive a prize of $372,123.

Additionally, the complaint alleges that the Borgata has already paid off several players among the final 27 in excess of the $19,323 ordered by the DGE.

“Upon information and belief, the Borgata has privately agreed to pay monies over and above the Paid Sum to various members of the Final 27, in exchange for each such recipient executing, inter alia, a confidentiality agreement, and the Borgata has intentionally set out about ensuring the various members of the Final 27 not know how much money has been paid to select colleagues of theirs.”

The complaint alleges the following counts:

“This is a somewhat unique matter inasmuch as it is not a class action lawsuit, but the plaintiffs are all similarly situated. Given this reality, William Pillsbury and I would certainly welcome the opportunity to discuss representation with other members of the Final 27 who have not been secretly paid off by the Borgata, and our filing actually anticipates this possibility,” VerStandig told PokerNews. “If any of your readers are members of the Final 27 and are interested in joining this action, they should contact William Pillsbury or myself — our contact information is on Offit Kurman’s website.”

The plaintiffs in the action concluded by demanding a trial by jury.

“In the short term, the next step is for the court to issue a summons and for us to have the Borgata formally served with this complaint,” VerStandig explained. “We anticipate this will happen in the next week or two, and the Borgata will then have to file a responsive pleading. I somehow doubt I am alone in being curious to see whether the Borgata will attempt to justify its actions in this matter, once formally summoned to court to do so.”

PokerNews will have more on this story as it develops.