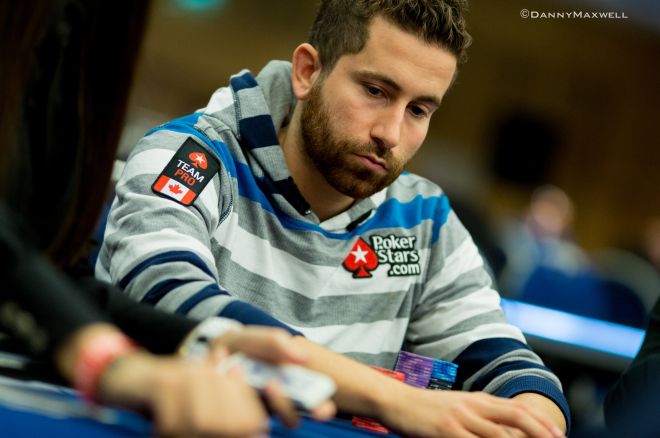 Although the poker room decided not to share any details about Duhamel's contractual agreements and the reasons that led to the parting of ways, a representative from PokerStars confirmed to PokerNews that they "won't be working together in the future."

Rumors about the end of the sponsorship deal between PokerStars and Duhamel started earlier this month after the 27-year-old player from Boucherville, Quebec, showed up at the World Poker Tour Seminole Hard Rock Poker Showdown not wearing the usual PokerStars patch. Duhamel also no longer appears on the list of the Team PokerStars Pro members published on the room's website

In the first four months of 2015, Duhamel has already put together live tournament winnings of more than $170,000, thanks to a first-place finish in a $5,300 side event at the 2015 PCA, plus cashes in the PCA Main Event, WPT Fallsview Main Event, EPT Malta Main Event, and at the Seminole Hard Rock Poker Showdown.

During his time at PokerStars, Duhamel also published a poker strategy book titled Final Table: A Winning Poker Approach from a WSOP Champion, in which he told his story at the WSOP "to highlight the game's rational and logical side and to allow readers to figure out whether they have the characteristics that might allow them to win on a regular basis."

On a more dramatic note, back in December 2011 the player was the victim of a home invasion when two robbers broke into his home to steal cash, valuables, and his WSOP Main Event bracelet.

"Two men broke into my house, and I was physically assaulted and robbed," reads the statement issued by Duhamel shortly after the event. "After being threatened with death and have given everything I had, I was bound and repeatedly beaten on the face and body before my attackers leave. I am pleased to confirm that I have not suffered any major injuries."

Although the investigators were able to retrieve the WSOP gold bracelet and about half of the stolen cash, Duhamel's former girlfriend, Bianca Rojas-Latraverse, was arrested together with four more people in connection with the robbery.