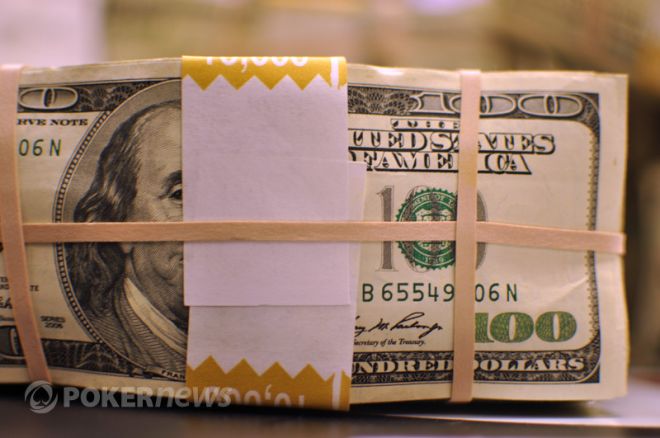 By definition, "asset forfeiture or asset seizure is a form of confiscation of assets by the state. It typically applies to the alleged proceeds or instruments of crime. This applies, but is not limited, to terrorist activities, drug related crimes, and other criminal and even civil offenses." In recent months, stories of poker players having their bankrolls seized has made headlines; as such, PokerNews legal contributor Maurice "Mac" VerStandig offers his take on asset forfeiture.

Alongside high-stakes casino bettors – the increasingly-scarce innocent members of this oft-crooked fraternity – may be found the likes of drug dealers, hit men, underworld gaming operators, and other organized crime figures in search of a proverbial load of Tide for their legal tender.

Guilt by association, a genuinely un-American concept, tragically tends to take hold at some point, and so there is an ever-evolving list of absurdities involving legal card players and their rendezvous with federal and state asset forfeiture laws – statutes meant to deprive individuals of illicit spoils. Some of these tales have taken on epic embellishments, as seemingly only those shared by amateur fisherman and professional poker players can. Others are starkly accurate, but through these accounts, genuine and exaggerated, has emerged an ever-concerning misapprehension of an otherwise scarcely considered area of law.

Asset forfeiture is not a blackhole into which innocent citizens regularly lose their hard-earned cash and assets. Nor is it a legal albatross that defies the abilities of attorneys far and wide. It is, rather, a mere civil proceeding – barely different than a slip-and-fall case or a lawsuit concerning a broken contract – and as such a commonplace judicial occurrence, it is one in which parties are afforded generous rights, extraordinary procedural opportunities, and a proverbial day in court.

Before proceedings, though, one caveat – as often permeates these columns: there are 50 states with 50 sets of laws. Surely there is an exception to every rule announced herein, and surely some states (I’m looking at you, Louisiana) have more bizarre judicial systems than others. Take this for the broad overview it is, and do not read into my words a surefire guide to beating your own asset forfeiture case. There is a reason my colleagues and I always encourage people to consult an attorney – whether it be one of us or one of our competitors.

At the core of American civil forfeiture laws is a relatively uncontroversial, common sense premise: criminals ought not be allowed to profit from their crimes. Thus the law considers it insufficient to merely charge someone caught selling several kilos of Colombia’s finest powdered export; the proceeds of such a sale must be confiscated.

A hiccup, however, arises when one considers the American criminal system is generally as well equipped to deal with the surrender of people as it is ill-equipped to deal with the surrender of assets. Sure, there are criminal fines, and some crimes even carry restitution requirements, but while most criminal codes are thoroughly instructive on what to do when a high school chemistry teacher is discovered in a trailer in the middle of the New Mexico desert, few codes have any clue what to do with the trailer itself. After all, the police are not supposed to return a tricked out meth lab to a criminal or his family, right?

The answer to this slight conundrum lies in the somewhat obscure law of civil forfeiture. Legally, that Breaking Bad paraphernalia is no different than the cash proceeds of an ultimate meth sale, and, legally, both that paraphernalia and those proceeds become the entitled property of state or federal government.

Where things get tricky, however, is in the process embarked upon en route to that entitlement.

Numerous asset forfeiture laws – including one of the more prominent topical enshrinements in the United States Code – require mere “probable cause” for a law enforcement officer to pluck property from a citizen. In lay parlance, this means that any suspicious sum of cash spotted during an ordinary traffic stop can, under the right circumstances, wind up in the back of a squad car, and you can be sure that “suspicious” is a grossly subjective terms, no doubt correlative to neighborhood and circumstances; an armored car driver is going to have an easier time holding on to $500K than someone in an ’88 Suzuki Samurai will have holding on to $15K.

But the initial taking is not the actual “forfeiture” – this is a judicial process, not a highway mugging. And so the government must then file suit against the actual assets or cash, and notify the supposed owner. This is done because the whole theory is that the possessor is not the lawful owner of the property, so suing him or her for property she or he does not own would invite the sort of circuitous nightmare traditionally reserved for hookah-smoking caterpillars and creatures viewed through the looking glass. Thus emerges a strange variety of suits that are often given formal titles along the absurdity-latent lines of “United States v. $142,256.00 in U.S. Currency” (an actual case, from Nevada’s federal court, heard just last year).

Contrary to ever-growing rumor, the burden is on the government to show its entitlement to funds (or hard assets) in these cases; it is not a citizen’s responsibility to show entitlement to assets that are, legally presumptively, already his or hers. However, the burden is a lighter-than-usual one for Uncle Sam, and that makes a difference.

In criminal matters, the state must prove a defendant’s guilt beyond a reasonable doubt – meaning any doubt, no matter how obscure, is sufficient to warrant an acquittal, provided it be reasonable (ie, “There is a chance aliens invaded and commanded his body during the murders” is not reasonable; but “There is a slim, somewhat improbable, chance this guy was vacationing in Tijuana and nowhere near the crime scene” is sufficient to acquit a criminal defendant). In civil forfeiture cases, though, the government only needs to show its entitlement to the money or assets by a “preponderance of the evidence,” which is literally a “more probable than not” standard. So while 99.5% certainty is often not enough to convict a criminal, 50.01% certainty (in the eyes of a judge or jury) is always enough for the government to take someone’s assets.

Now, that is 50.01% certainty that the property in question was used in connection with a crime or is derivative of a crime, and it generally does not matter if the putative owner has been charged with the crime in question; a prosecutor may realize there is reasonable doubt that precludes charging a citizen with running an underground casino, but that there is sufficient probability to seize stacks of methodically-banded currency from that person’s garage.

With all of this background, we arrive at the case of William “Bart” Davis and John Newmer­zhycky, two gentlemen pulled over in Iowa on their way to Las Vegas. The driver was issued a written warning for allegedly changing lanes without signaling – harmless enough. But the officer, before wishing these two men a good day, stumbled across $100K in cash in the trunk and decided to confiscate it. After all, two guys with that much money in cash are surely up to trouble of same variety, right?

Other cases abound – these are not outliers or exceptions. Most cases are less troubling; but for better or worse, there is a high correlation between large stacks of currency and criminal behavior – often the highway contraband really does emanate from criminal activity. However, these gaming cases nonetheless arise from time to time, and when handled properly, their outcome is not nearly as tragic as legend periodically suggests.

Mr. Nguyen got his $50K back – plus attorneys’ fees – when the government settled, presumably to avoid the utter humiliation of a trial, and the boys passing through Iowa also settled, according to news reports, for $90K. Not many gamers end up losing these involuntary spats – at least not many gamers coming from, or going to, legal casinos or poker halls. It is important to remember that honestly earned profits in an underground club game may well be illicit in the eyes of the law, and when those games are raided, chips and currency are almost always forfeited.

The key, if this ever happens to you, is remaining calm and assessing the situation. First, if there was no legitimate reason for you to be pulled over in the first place (and going three miles an hour over the limit is often regarded as inadequate by many judges), there is a very good chance the government will return the cash or assets – either by force or choice – in fairly short order.

But even if you are stopped for genuinely disobeying traffic laws, as long as you can rebut the government’s case and show where the money came from, Lady Justice will almost assuredly smile down upon you. Large casino spoils normally have tax paperwork and security footage in tow; these particles of evidence should be more than enough to ensure the government not meet its “preponderance” burden. Similarly, bank withdrawals and documents with a stubborn attention to detail – there is plenty of evidence to win such a case (or, more likely, to force a settlement once withdrawal ledgers are sent to the government).

Still, those keeping large bankrolls in their residence may have a tougher time. Whether harvested in a mattress, a piggy bank, a wallboard, or anywhere else, a bankroll of any magnitude (and $10K is a safe measuring stick) will invite more warning signs than an Amber Alert. If you can show you regularly go to and from casinos, playing poker at stakes that command such a bankroll, you will likely still prevail. For the government to prevail, it still must have some articulable theory of criminal involvement – so perhaps best to not wear that Cheech and Chong shirt when making the 1,500-mile drive to Bobby’s Room.

Of course, these are situations where it often quite literally pays to consult with a lawyer. Do not be discouraged if your regular go-to attorney does not handle these matters or responds with a high retainer demand and general look of angst; numerous lawyers do know how to navigate these proceedings, and just about any gaming lawyer should be able to help you regain your cash or assets for a fraction of the amount in controversy.

But most of these cases are also avoidable. Casinos accept wires, often at no fee. Numerous poker rooms offer lockboxes for high stakes players, and casino credit is far from a tool for those having liquidity issues; it is very much a mechanism created, in part, to avoid these nightmares (and, admittedly, also created in part to help separate people from their money). So if you really love that Cheech and Chong shirt, just be sure to make arrangements in advance with the Bellagio – and maybe consider using a few air fresheners or renting a convertible.

Maurice “Mac” VerStandig, Esq. is the managing partner of The VerStandig Law Firm, LLC, where he focuses his practice on counseling professional poker players, sports bettors and advantage players across the United States. He is licensed to practice law in Maryland, Virginia and Florida, as well as in nearly a dozen federal courts, and regularly affiliates with attorneys licensed in numerous other states and jurisdictions. He can be reached at [email protected]