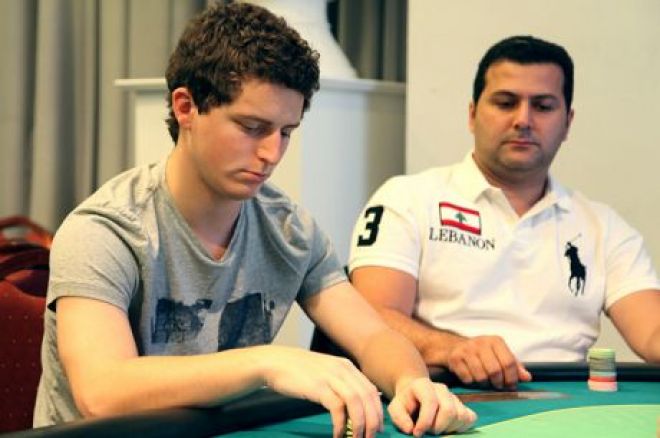 Daniel Carter, a poker grinder from Cheltenham, U.K. has hit a rich vein of form that has seen him win five online poker tournaments during the past seven days. As a result, Carter is now has a realistic shot at securing his first PocketFives Triple Crown.

It could have been a quartet of victories for Carter that night, but his deep run in the $11 NL Hold’em 1R1A ended with a sixth-place finish.

Two days later, Carter found himself in the winner’s circle again after he emerged victorious in the PokerStars $22 NL Hold’em 1R1A ($3,781).

Carter now has until July 26 to win a non-888 or non-PokerStars tournament that has at least 100 entrants and a prize pool of at least $10,000. Should he be successful, Carter will complete his first Triple Crown of online titles.

Those five outright wins have helped push Carter's lifetime online winnings to $1,364,324. His PocketFives online rankings have also vastly improved, with Carter now ranked 48th in the U.K. and a career-high of 487th in the world.

Amazingly, Carter won the $2,500 Gtd Turbo Deepstack at partypoker three days before going on his tremendous run, taking his total to six wins in nine days.

According to The Hendon Mob database, Carter's first live cash came in November 2005 and has since gone on to win almost $385,000 from live tournaments. In the online world, Carter's first entry into his PocketFives account is from 2006, when he finished 71st in the partypoker Sunday Million. Four years later, Carter won that very tournament for a career-best score of $200,000.

PokerNews will look out for Carter's results over the next few days and see if he can bag himself a coveted Triple Crown.