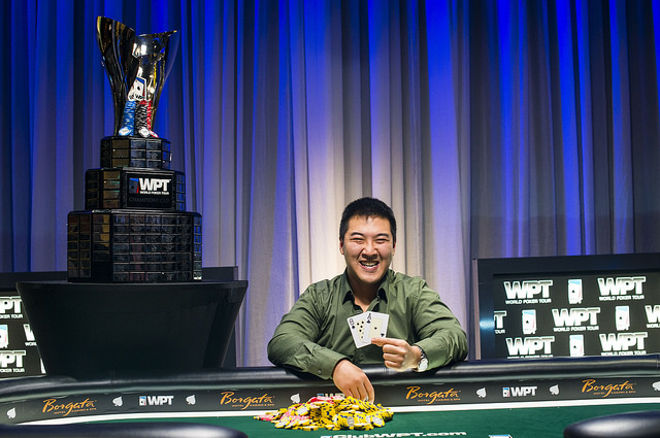 The World Poker Tour Winter Poker Open Championship at Borgata began with 1,171 entrants, and on Friday the final six returned to battle down to a winner. Just missing out on a final table appearance was defending champ Aaron Mermelstein, who saw his title defense come to an end in 19th for $16,868.

Replacing him as the new WPT WPO champ is Chris Leong, who emerged victorious to capture the $816,236 first-place prize. Leong, who hails from New York, began the final table as the short stack but managed to outlast all the rest to etch his name on the WPT Champions' Cup.

It was a flip, but not after the

flop paired Yaraliyev. Neither the

From there, the 2009 WPT World Champ, Yevgeniy Timoshenko, fell in fifth place after getting his short stack all in preflop holding the

and failing to get there against the

of Leong, and then the reigning WSOP Main Event champ, Joe McKeehen, followed him out the door in fourth place.

McKeehen was behind but drawing to two live cards. The

flop paired both players, but Yaraliyev stayed ahead with aces. The

turn was no help to McKeehen, and neither was the

Not long after, Liam He was bounced in third place – the result of a bad beat when his pocket sevens were cracked by the pocket fives of Leong – and that set up a heads-up match between Yaraliyev and Leong with the former holding 21.8 million of the 35 million in play.

Yaraliyev was in prime position to double, but then disaster struck when the

turn meant Yaraliyev needed a queen on the river to survive, but it wasn't in the cards as the

blanked. Yaraliyev had to settle for runner-up and a $487,288 consolation prize.