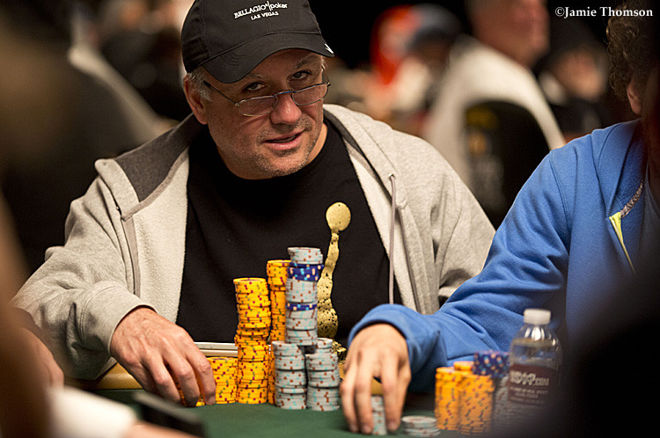 Poker legend Eli Elezra came within a turn of the cards of returning to World Series of Poker glory in Las Vegas on Monday, losing a heads-up battle for the WSOP Circuit Planet Hollywood Main Event title.

The Planet Hollywood event drew 528 entries over two starting flights, creating a $792,000 prize pool. The field was whittled down to just nine remaining on Sunday with Elezra taking the chip lead into Monday's final table.

Short-stacked Colin York was the first to fall when play resumed, getting it in with the

and getting outflopped by Jake Schindler's

and flopping a set.

and got run down by Yu's

Calenzo fell short a little while later when Yu turned the

into a straight against his

, then fell fifth when queen-high could not improve versus Daniel Needleman's king-high.

Arianna Son was eliminated in fourth place, calling it off with two kings in the big versus Needleman's

and hitting a set on the turn, only to have the same card make Needleman a king-high straight.

Needleman's run good pushed him into the lead, but he fell behind both Yu and Elezra slightly before getting it in good with aces over Elezra's jacks preflop for a massive chip lead pot. Needleman was eliminated in third when Elezra found a miracle jack on the river to fill up.

Elezra took a slight lead into heads-up play with Yu, but Yu soon moved ahead. It went back and forth for a while before Yu opened up a big lead; and although Elezra doubled once, making a runner-runner flush to crack Yu's jacks, he eventually got it in with a king versus Yu's ace and failed to improve.

Yu actually flopped a pair of aces and secured his second WSOPC ring and a seat in the season-ending Global Casino Championship next year, while Elezra settled for a six-figure runner-up score.

"We Are Both Heroes": Big River Calls During Heads-Up in the EPT Barcelona Main Event