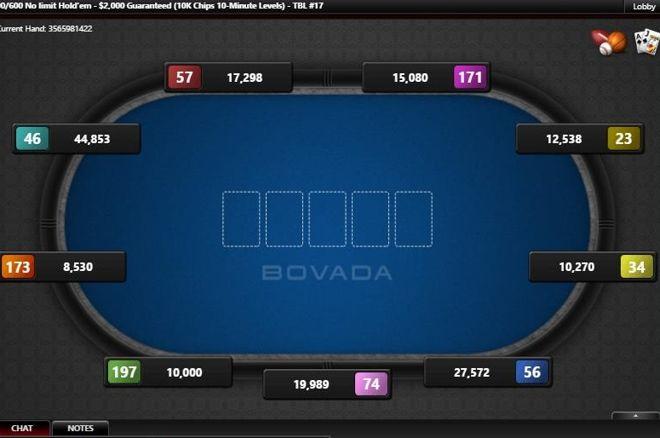 After a roughly one-year hiatus, unregulated online poker room Bovada has returned to once again cater to U.S. players in unregulated markets.

The company announced the return in a late August email to customers, as well as a posting on their website.

Prior to September 2016, Bovada operated as one of the most popular online poker rooms in the world, reaching as high as No. 3 according to traffic trackers at PokerScout. However, at that point, the company announced a transition, ostensibly selling its poker offering to Ignition Casino and closing its doors on Sept. 30.

Once licensed by the Kahnawake Gaming Commission but operating in blatant disregard for U.S. law, Bovada now lists no regulating gaming commission on its website.

The poker offering at Ignition turned out to be a clone of the Bovada client, which led many to believe that the room was still under the same ownership but with the proverbial banners simply replaced.

Now, the Bovada brand is back, while the Ignition skin carries on as well. All are part of the PaiWangLuo Poker Network, which acquired the Bodog Poker Network and all of its skins, including the aforementioned Ignition, in early 2017.

Bovada, which operated in violation of U.S. law after the 2011 exits of major online poker operators, aims to poach customers who reside in unregulated U.S. markets and therefore don't have access to regulated online poker. On Wednesday, the company sent an email to customers in the three states that offer regulated online poker in the U.S. (Nevada, New Jersey and Delaware), plus Maryland and New York, saying that it will no longer offer poker services in those states. Player accounts in those five states will be closed by Oct. 2, 2017.

READ: Should You Play Online Poker on Unregulated and Unlicensed Sites, or Not?

Where to Play Online Poker Legally in the U.S. for Real Money