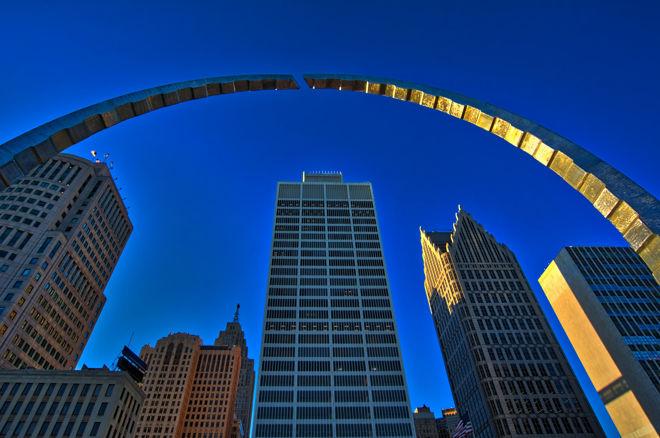 The optimism surrounding the possibility of iGaming and with it, online poker, in Michigan received another morale boost today. A new bill that would legalize online gambling in the Great Lakes state was announced earlier this week and this morning, there was a hearing about the bill before Michigan’s state House Regulatory Reform Committee.

The Senate Regulatory Reform Committee has been the bill’s chief sponsor and major proponent. Rep. Brandt Iden, the committee’s chairman, emphasized in the hearing that it is only a matter of time before iGaming becomes legal in their state. The only question is when.

As a state that has several casinos and a lottery that includes legal online lottery sales, Michigan sure seems like a suitable candidate for online gaming.

The Fight for iGaming in Michigan

Michigan emerged as a possible iGaming state just last year, when State Sen. Mike Kowall introduced “The Lawful Internet Gaming Act” (SB 889) in April 2016 to regulate online poker and online casino games within the state. Despite easily passing a Senate Regulatory Reform Committee vote with a definitive 8-1, the bill did go up for a full Senate vote.

The bill argued that the proposed iGaming regulations would provide new revenue streams for the state and offer consumers and the state protection from offshore gambling sites. At an informational hearing in the following month, the Senate Regulatory Reform Committee revealed that the bill had been in the works for three years.

In March 2017, another version of the iGaming bill was introduced again. Again, the bill passed to the full Senate floor, not surprising considering most of the sponsors of the bill serve as members of the committee that passed it, but the most challenging part was still ahead.

The new version of the iGaming bill, H 4926, was the subject of today’s hearing of the House Regulatory Reform Committee. The hearing was mostly informational in nature with no vote taken.

According to Dustin Gouker of Online Poker Report, “The tone from members on the committee who spoke or asked questions was not combative, and instead seemed focused on supporting the bill or learning more about the industry.”

The presenters emphasized the bill primarily as a consumer protection measure (to protect citizens against offshore and unregulated gaming sites) and secondarily, as a revenue generator.

Iden stressed the consumer protection argument, while emphasizing the inevitability of the legalization of regulated iGaming.

“I believe it is incumbent upon this committee and this legislature to be proactive and to protect our citizens,” Iden said. “And it will happen. So the ‘when’ is up to all of you.”

Some of the usual iGaming hearing representatives were in attendance including members of Stars Group (formerly Amaya), the Poker Players Alliance, and the Coalition to Stop Internet Gambling.

While the casinos and tribal gaming interests were not present at the hearing, the three commercial casinos in the state, MGM Grand Detroit, Greektown Casino, and MotorCity Casino, gave word that they opposed the bill as introduced by Iden. A ray of hope came from MGM, which reportedly said they support the concept of online gaming presented within the bill.

The bill also has tribal gaming interests to appease that include 12 tribes which operate 23 gambling facilities. None of these interests showed up to speak at the hearing, but the Nottawaseppi Huron Band of Potawatomi said they opposed the bill as written but were willing to offer “constructive feedback.”

Dave Murley of the Michigan Gaming Control Board reported that his agency was neutral on the bill, but brought up concerns about the constitutionality of the bill and existing tribal issues.

Support for the Bill

Former state attorney general Mike Cox spoke in support of the bill. He emphasized the collaboration with other states that have successful iGaming legislation and the validity of the bill under the state constitution.

“These bills are the product of collaboration… Collaboration primarily with the three states that are doing it well right now, Delaware, Nevada and New Jersey,” Cox said. “Thankfully for us, in the state of Michigan, they’ve worked out a lot of the kinks.

“These bills are a result of talking with their regulators and using those things that work well, incorporating them for the benefit of Michigan citizens and complementary with Michigan law.”

It is unclear what the next steps are in the effort to get the iGaming legislation through in Michigan with many looming obstacles in the path. But Iden remains optimistic, as demonstrated in part in his opening statement to the hearing committee.

“If I were a betting man, and I am, iGaming will become law at some stage in the state of Michigan.”

PokerNews will continue to bring you updates in the development of iGaming in Michigan.