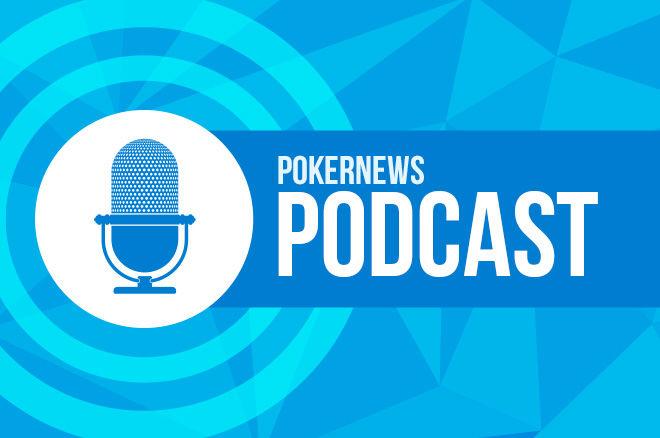 The PokerNews podcast channel will have a new addition to the lineup when the “Top Pair Podcast” joins the channel Monday, Nov. 27. The established podcast that caters to home game players, fans and hosts has released 296 episodes to date and features co-hosts Bruce Briggs and Robbie Strazynski.

PokerNews’ Sarah Herring will be the first guest on Top Pair Podcast at their new location and two more episodes will be released in December.

"The PokerNews Podcast Network is launching several new podcasts to attract and appeal to a whole new mix of people, while adding additional value to our loyal fans and listeners," said Herring, who hosts the PokerNews Podcast with Brent Harrington. "The first to kick things off is Top Pair, which is created by two people who love poker, for anyone with any interest in poker. Bruce and Robbie share their love of the game through an easily approachable subject matter that we have all been a part of, Home games. They are the quintessential 'every man' whom anyone can relate to on a bi-weekly basis.”

The Top Pair Podcast was created by Briggs and former co-host Eric Nelson, with the first episode airing in October of 2009. The poker-loving pair based in Salt Lake City, Utah launched the podcast to focus on home games and recreational players in an attempt to fill that niche in the poker community.

According to Briggs, their research at the time of creation showed a gap in podcasts geared to the recreational home game player and host, even though more people around the world play poker recreationally in home games versus in casinos and cardrooms. Rather than focus on in-depth hand analysis or training, professional poker scene or online cardrooms and news, the Top Pair Podcast sought to include topics that would appeal to the casual home game player, as explained by Briggs.

“We structure the podcast to serve the home game player and host with information on starting a home game, playing in a home game, establishing an ongoing, regular game, etc. We have covered equipment, recruiting players, etiquette when playing at other’s homes, tips for being a good player and host, type of games played, possible problems that may be encountered and solutions, and much more.”

Briggs mentioned that the podcast also frequently includes amusing stories from around the felt or from poker road trips, and other topics that inform or entertain home game participants. These stories have come from members of the listening audience and from esteemed guests. After all, who doesn’t have a good home game story?

Briggs is an avid home game host and participant having been a part of over 1,200 games over the past 13 years. He also has a background in broadcast radio, another reason he joined Nelson, who had founded the Salt Lake Poker Meetup Group, in starting the podcast back in 2009.

When Nelson decided to leave the podcast for work and personal reasons, former podcast guest and founder of Cardplayerlifestyle.com Strazynski was happy to join Briggs in hosting, which he has done since episode 212 on June 14, 2014.

"It's been great getting to know Bruce via the podcast and I feel like we have a great rapport."

According to Strazynski, “I count myself fortunate to have partnered up with Bruce back three and a half years ago and I echo his sentiments that it very much has been a labor of love to co-host Top Pair. It's been great getting to know Bruce via the podcast and I feel like we have a great rapport; this despite the many thousands of miles that separate us — I live in Israel, so we're nine time zones apart — and the fact we've never actually met in person.”

Briggs has been pleased with his new co-host and the direction of the podcast in recent years.

“Robbie brought a wealth of home game experience and poker background as well as a deep list of contacts and associations that we have been able to draw on to provide many guests for the show from all areas of the poker world and industry. A great addition! We have been going strong since that time.”

The long-distance co-hosts now release an episode every other week and get a guest on the show every other episode or once per month. And starting Nov. 27, Top Pair Podcast will be hosted on the PokerNews podcast channel. Stay tuned for more news on upcoming episodes and you can also follow Top Pair Podcast on Twitter and Facebook.