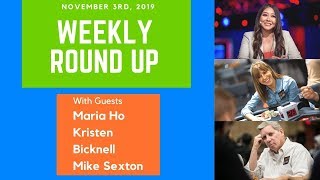 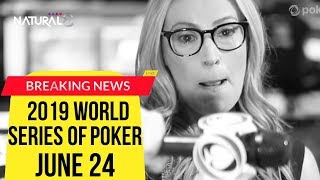 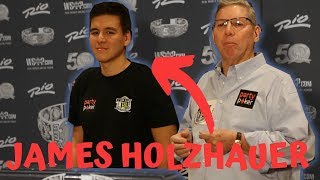 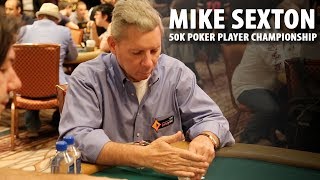 Mike Sexton was born in Indiana in 1947. He is most well known for promoting the game and also working as poker’s most decorated commentator. Sexton is the spokesman for PartyPoker.com and hosts the World Poker Tour alongside Vince Van Patten. He’s been an avid contributor to various publications throughout the years and is often referred to as “the ambassador of poker.”

Beyond all of that, Sexton is an outstanding poker player himself. He’s amassed nearly $3.8 million in tournament earnings throughout his career with several wins under his belt. Amongst those wins is a victory in a WSOP event where Sexton earned a gold bracelet.

Sexton moved to Nevada in the 1980s to pursue poker full time. Soon enough, he was putting his name in the record books with numerous cashes. In 1984, he cashed twice in the WSOP, finishing sixth in one event and fifth in another. In 1989, Sexton took down the $1,500 Seven-Card Stud Split event at the WSOP for over $100,000 to claim his first gold bracelet. This was by far his biggest win to date.

In 1990, Mike won two events at the Super Stars of Poker event in Tahoe for over $80,000 total. He cashed in four events at this series in all. Many other cashes ensued over the next few years and in 1993, Sexton claimed first place in two events at the World Poker Finals in Connecticut.

At the 1995 WSOP, six more cashes rolled in for Mike,, with five of those being final table appearances. The following year at the 1996 Four Queens Poker Classic, Sexton walked away with a victory in the Championship Finals for $112,000. In Paris in 2000, Sexton took down the European Hold’em Championship for nearly $170,000. He also had his best finish in the WSOP Main Event that year. He finished twelfth for over $50,000.

In 2006, Sexton took down his single largest tournament score ever when he won the Tournament of Champions in Las Vegas for $1 million. And then in 2007 and 2008, Sexton rolled in over $500,000 total in tournament winnings. His best finish was a fourth place in the $10,000 Pot-Limit Hold’em World Championship event at the 2008 WSOP.

Off the felt, Sexton does what he can to help out. In collaboration with Linda Johnson, Lisa Tenner, and Jan Fisher, Sexton helped create PokerGives.org. The site offers an easier way for poker players to make charitable donations.