Phil Ivey Interview: "I Plan on Playing the World Series of Poker" 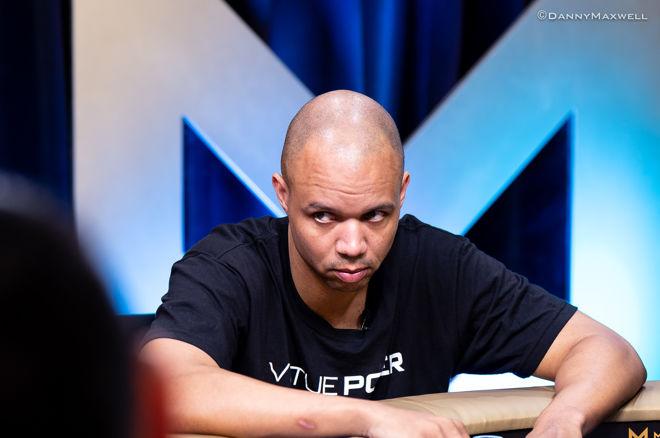 Have you completed your WSOP Fantasy Draft already? If not, maybe it's time to make some small adjustments to your strategy as Phil Ivey told PokerNews he intends on playing the World Series of Poker.

Ivey on Cates: "He's as tough an opponent as you get."

Ivey is in Montenegro for the Triton Poker Super High Roller Series and started the week with a win in the HKD$250,000 Short Deck Hold'em event. You can read all about that event and his win, here. Right after, PokerNews caught up with the living legend, and we got some tidbits of information from him.

Ivey has been mainly absent from the poker spotlights. Most times his name was used in a headline, it involved legal cases. His last cash came from January 2016 when he finished fifth in a Triton Poker event in the Philipines. Before that, his last cash came from February 2015 when he won the Super High Roller at the Aussie Millions. Asked about his whereabouts over the last couple of years, Ivey said he had done a lot of traveling and spending time with his family. "Just kinda all over the place," Ivey said with a smirk as he, like Tom Dwan, have been mainly focused on the games in Asia.

One of the games that have become incredibly popular in that region of the world is Short Deck Hold'em. The game is similar to the traditional no-limit hold'em that's known around the world, with the notable exception of it being played with just 36 instead of 52 cards. The deuces, threes, fours, and fives have been omitted, making for rankings that are rare in traditional hold'em, now a lot more common.

Ivey on Short Deck Hold'em: "It's become quickly one of my favorite games."

"I started recently with short deck in the last year and a half," Ivey said, "It's become quickly one of my favorite games."

Ivey triumphed in the opening event of the Triton Poker Series, facing some tough competition at the final table. "I think the tournament was great," Ivey said of the event, "the structure was great, it allowed for a lot of play at the end."

Talking about the abundance of action, and busts and second bullets fired as a result, Ivey commented; "It was pretty crazy in the beginning, but I think it allowed for a longer final table and a pretty long head up match."

Heads up Ivey had to battle Dan "jungleman" Cates, another high stakes player that has been playing more and more in Asia. Ivey couldn't just sit back and grind it out; he had to overcome one of the game's best to take the title. Ivey said of Cates: "Well, you know, he's as tough an opponent as you get, so you know, I really concentrate."

While the Triton Poker Montenegro has only just begun, we inquired about his plans for the World Series of Poker in Las Vegas that starts later this month. Tightlipped as always, Ivey did share he plans on going: "I plan on playing this year. I want to start playing some more tournaments; I kind of announced that at the beginning of the year. I plan on playing the World Series of Poker."

If he'd be going solely for the mixed games or intends to grind out no-limit hold'em as well, Ivey said "Short deck, long deck; it's ok."

Phil Ivey is currently in Montenegro (which he called one of his favorite places) for the Triton Poker High Roller Series. PokerNews has two reporters and a video team on the ground to bring you all the updates. Check the Triton Poker Montenegro live updates, in the PokerNews Live Reporting hub.