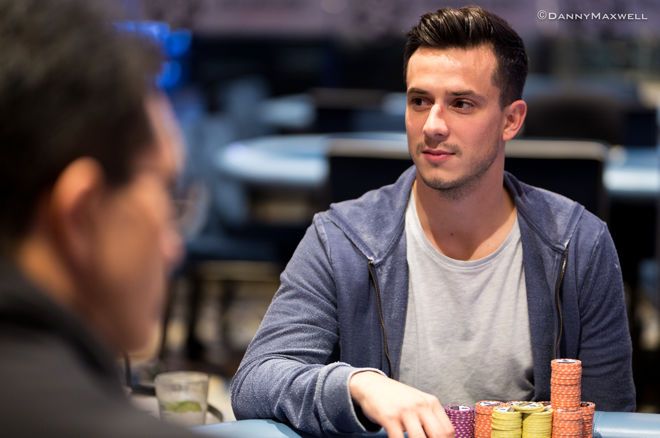 On a packed day in the poker room at The Star in Sydney a total of 334 entries showed up for Day 1C of the WSOPC Sydney Main Event. Just 60 of them found a bag by the end of fourteen levels. The chipleader at the end of the night was Michael Spencer who bagged an impressive 545,000 to finish as the only player above half a million in chips.

Spencer won the final pot of the night against Chris Kiltos to overtake Matt Pongrass (494,000) as the end-of-day chip leader after the two crushed the last two levels of play.

Spencer’s final hand saw him raise 100,000 on the river after Kiltos bet 30,000 on a board that showed a straight. Kiltos had pocket kings and folded and was shown king-queen which was irrelevant as Spencer played the board.

Trailing Spencer and Pongrass is Alex Lynskey (404,000) who held the chip lead for a considerable time after he won a massive hand against Majid Saab. Lynskey had rivered a full house and watched as Saab shoved all in after a raise. Lynskey obliged with a call and was surprised when Saab showed him his flopped nut-flush.

The tournament has now completed it's third of four flights and players will have one last chance to run up a stack for Day 2 on Saturday, December 15th. The last Day 1 flight will commence Friday, Dec. 14 at 12:30 p.m. local time.

The PokerNews team will be bringing full coverage of the last flight as well as the remainder of the Main Event so stay tuned.