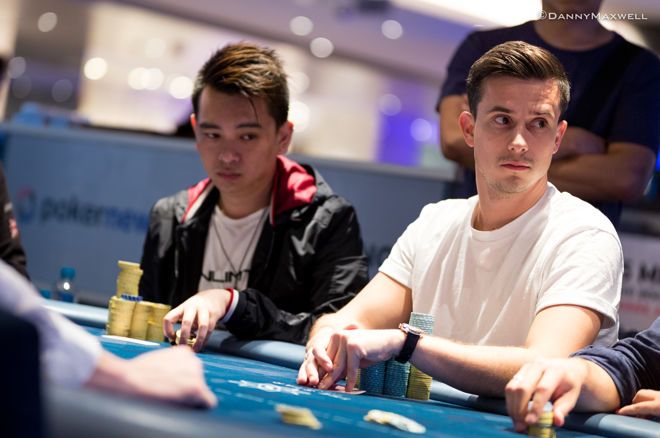 Day 2 of the WSOP International Circuit Sydney Main Event has come to an end, and there are just 27 players remaining. Leading the way is Australia's Alex Lynskey, who is in the hunt for his first WSOP Circuit ring, which would fit quite nicely to a resume that some poker players could only dream of.

Lynskey bagged up 3,055,000, edging out John Sormi (2,735,000) and Irishman Ray Bryant (2,355,000) for top honours. Lynskey’s most memorable hand came when he clashed with England’s Brandon Sheils. Lynskey moved all in on the river with the board showing

and was knocked out. That moved Lynskey to 1.2 million, and he used that momentum to build his large stack. Other big stacks that will be moving on to Day 3 include Rahul Rastogi (2,320,000) and Justin Layden (2,035,000) who round out the top five with stacks above two million.

At one stage earlier in the day, with blinds at 6,000/12,000, Capra sat with just 11,000 in chips. He was able to spin that up to finish just outside the top ten stacks when play ended. Fraser is making back-to-back deep runs in the WSOPC Sydney Main Event after last year finishing runner-up to Michael Kanaan. He’ll be hoping to go one better in two days.

Two hundred thirty players returned today with 135 making the money. Chris Wookey would ultimately become the bubble boy after his aces were cracked by Mark Yazbeck’s pocket nines after a nine spiked on the flop. From there not all of the fan favorites were fortunate enough to survive to the day's end but still profited with a cash. Among the fallen were Jeff Lisandro (131st), Michel Bouskila (124th), Jarred Graham (122nd), Heidi May (119th), Sean Dunwmoodie (102nd), Corey Kempson (94,000), Daniel Laidlaw (71st), James Broom (53rd), Mladen Vukovic (38th), Suzy Khoueis (30th) and Shivan Abdine (29th).

The PokerNews live reporting team will be on the tournament floor to bring you all the highlights of the action. So join us then as we see who has what it takes to walk the road to the final table of the WSOPC at The Star Sydney.