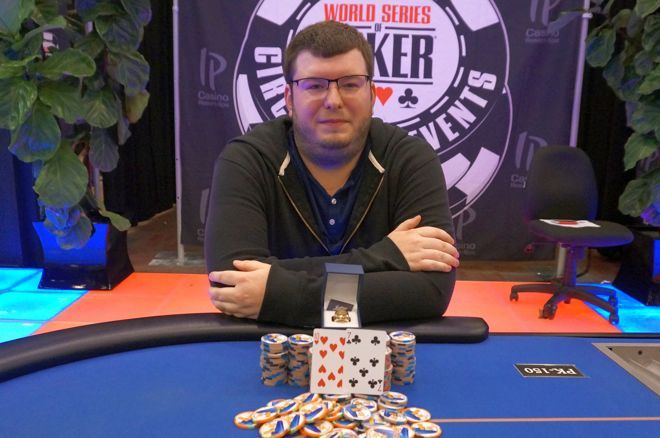 The World Series of Poker Circuit wrapped up its latest stop at Mississippi’s IP Biloxi with the conclusion of the $1,700 Main Event, a tournament that drew 382 entries and created a $578,730 prize pool.

After three days of action, 27-year old Kevin Johnson prevailed to win $127,319, his first gold ring, and a seat into the season-ending Global Casino Championship.

“I felt pretty good coming into the final table,” Johnson told WSOP officials. “It was already the most I've ever won, so it was all a freeroll.”

Johnson also explained that before 2018, he had taken a nearly five-year break from the game.

Another player at the final table was Ben Thomas, who had won a ring earlier in the series (more on that below). According to updates from the event, with four players left Johnson limped the small blind holding ace-ten and called when Thomas raised all in from the big holding king-three suited. Johnson flopped two pair and Thomas hit the rail in fourth place for $42,687.

Matt Higgins then bowed out in third place after his ace-eight failed to hold against Johnson’s queen-jack all in preflop. That set up a heads-up match between Johnson and Luke Graham with the former holding a more than 2:1 chip lead.

In the final hand of the tournament, Graham raised to 260,000 from the small blind and Johnson called to see a

for middle pair with an open-ended straight flush draw, while Johnson was out in front with the

for top pair. Neither the

river helped Graham and he had to settle for second place and a $78,678 consolation prize.

While they weren’t official gold ring events, meaning they didn’t count toward the Casino Championship leaderboard, Matthews going back-to-back was certainly newsworthy. Below is a look at all those who won tournaments at the WSOPC IP Biloxi: