The 12 Best Clipped Videos from Twitch Poker in 2018 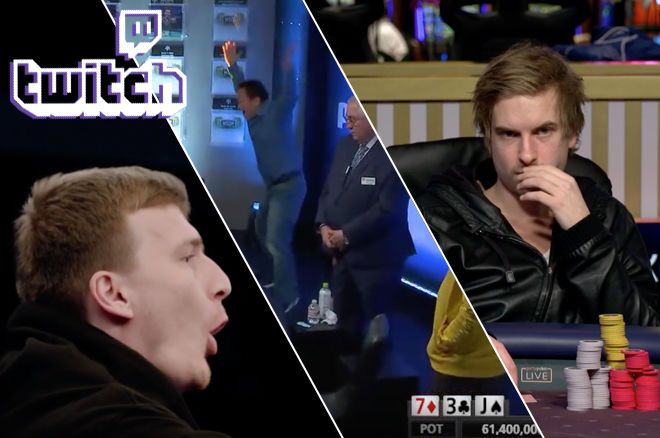 Twitch & Poker; this combination is probably one of the greatest things to have ever happened to the game. So many pros stream their tournaments and cash games all with the same agenda: to educate and entertain. And yes, there is plenty of entertainment. You have Jeff Gross, Parker "tonkaaaa" Talbot, Lex Veldhuis, partypoker-festivals. You name it, there's a stream for it.

We look back at a great year and laugh (or cringe) at some of the most viewed clipped streams from 2018.

Celebrating too early? It happens a lot in poker and sometimes, karma hits right back at you. Just look at this hand during the World Series of Poker in the most viewed clip in 2018, clipped by 'shampoolegs':

Qualifying for $5 to a huge event and play with insane pay jumps on the line? It didn't stop this hero from making an insane bluff with seven-deuce:

Fold of the Century!

Turning a straight looked amazing, but it wasn't good. Almost everyone would have busted the tournament, but not this man. He made 'the fold of the century':

Lex "RaSZi" Veldhuis made a deep run in the $5,200 Main Event during the WCOOP and saw his tournament end in a brutal way:

Misclick against aces. But then this happened. Thank you, partypoker:

"Diamond! Diamond! Yes! What? Noooooo!" The most important lesson of 2018: never celebrate too early.

If you play online poker, don't slam your mouse.

King-ten against kings, aces and jacks? No problem.

Final five players of the $530 Main Event? Just make no mistakes. And especially: make no misclicks. It could cost you a lot of money:

Queens against jack-nine? Close to zero chance after the flop? Yup...

A Bonus a Day Keeps the Boredom Away!

Martingale Strategy System: Why You Should NEVER Use It