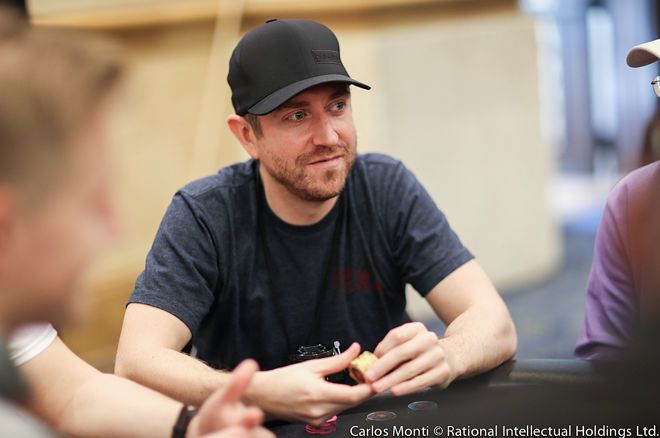 At the end of 2018, Andrew Neeme hit 100,000 subscribers on his YouTube channel. That's a lot of reach, and a lot of influence, and Neeme understands that influence can cut more than one way: his poker vlogs will probably draw a lot of followers into the game but some may wind up making less-than-optimal choices for themselves in hopes of following in Neeme's footsteps. On Neeme's Instagram, an interesting story developed last year and reached its conclusion recently.

It all started in September last year when one of his followers started sending him some messages on Instagram. The follower said he was close to attaining a computer science degree but had the itch to play poker for a living.

According to Neeme, his advice was specifically tailored and doesn't come uniform. He's not against going for the pro poker dream, he just thinks it's important to look at a person's life situation and make the best decision from there.

Take, for example, an individual who is aged 18 or so, obsessed with poker, and has been keeping meticulous records of results while also devoting plenty of time to studying the game. His or her parents might be pushing for a college education, something he or she isn't too sure about.

"It's easy to be super impatient and when you're younger you don't realize how short a timespan one year or one semester is."

"I would tell him that he should do the thing that he's passionate about rather than waste his parents' money while he's skipping class," Neeme said. "His parents would probably not like my advice, but he'll probably like his parents a lot more down the road if he doesn't harbor resentment towards them.

"On the other hand, if you've completed 85 percent of your degree already, then I think finishing and having that in your back pocket and trying different experiences once it's done would be the way to go. It's easy to be super impatient and when you're younger you don't realize how short a timespan one year or one semester is."

In this instance, Neeme was able to direct a fan to a life decision that looks to have had a happy result for the time being. He called situations like this "the best part of having an audience."

"Having this sort of dialogue with people that never would've occurred if I didn't start vlogging is something that's truly rewarding," he said.