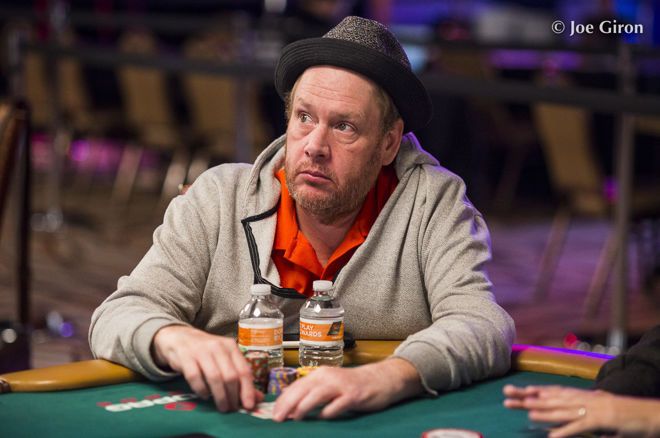 Earlier this week, PokerNews heard that popular poker pro Gavin Smith, 50, unexpectedly passed away Monday night in Texas. Players were shocked to hear this sad news and shared their reactions on social media. A lot of great memories were shared and it was clear that Gavin Smith will be missed in the poker community.

“I can’t believe he is gone,” said friend Mark “P0ker H0” Kroon. “I will miss him so much. One of the funniest and fun guys in poker and life.”

Will Failla: "Today the poker community is in a darker place."

Poker Hall of Famer Todd Brunson echoed those sentiments: “We lost one of our best friends and one of pokers greats tonight. If u knew him u will know the drink. RIP my friend.”

Will “The Thrill” Failla had this to say: “Today the poker community is in a darker place, My friend Gavin Smith died last night! You will be missed by all! RIP my friend.”

Eric Crain, known for his own jovial disposition, offered the following: “I met Gavin at the first WSOPC event I ever played in Tahoe. He had a way of making everybody laugh and was a joy to be around. RIP to one of the good guys. The poker world is worse off without Gavin in it.”

Steve Roselius touched upon the defining characteristic of Smith’s life – becoming a father: “So terrible. He was such a devoted father. Raising kids was so meaningful to him.”

On Twitter, a lot of players reacted in disbelief and shared their stories about Gavin Smith. Many of them are praising him for being a true character for the game: everyone loved him.

Gavin Smith was one of the more authentic human beings I’d ever met.

It's never fun waking up to such sad and unexpected news. Gavin Smith was a true character of the game and one of t… https://t.co/t2RJDa9Dw2

Just got word that my old friend Gavin Smith has passed away. “The Caveman” was troubled, but kind &amp; generous. I’m… https://t.co/R6Grvxh06h

Seems like everyone in poker, young or old, had some sort of interaction with Gavin Smith. I’ll remember him for hi… https://t.co/CW9REOiYJl

Sad to see poker lose one of its greatest characters in Gavin Smith. Few people lived up to their rep like Gavin, RIP

Very saddened to wake up to the news about Gavin Smith! He truely was the life of every poker table he ever played… https://t.co/c5WHXBa5CO

If you have been in poker for the last 15 years you most likely had a story to tell about Gavin Smith. @olegsmith w… https://t.co/uc7LVzLIFM

Rest in peace Gavin Smith. He was always one of the best ambassadors for Canadian poker, always entertaining at and… https://t.co/nX1PLgUz3a

Never a day that I saw Gavin Smith that he didn’t take the time to say hello &amp; make me laugh. Genuine, kind and a b… https://t.co/VE7WtlVjv6

All you need to know about Gavin was that the @PokerNightTV crew loved him. Why?: because Gavin took the time to k… https://t.co/ePs03QIzd0

I’m generally stoic after news of death, but damnit I’m a little bent out of shape over Gavin Smith. I remember the… https://t.co/ef2wOBBGox

A Call for Gavin Stories Opens the Floodgates

Rick Fuller, who has been contacted by Gavin Smith to write an autobiography, put out a tweet asking for Gavin stories to help him complete the autobiography, and the tales came rolling in.

Gavin called me four months ago and asked me to write his autobiography. I have ten hours of recordings of him tell… https://t.co/nZb7aiaml8

Another fun pic with Gavin at a home game. Player with his shirt off just lost all his money to Gavin. He wanted to… https://t.co/Wj9KkI0274

I once made the mistake of telling @olegsmith my husband was a state champion wrestler in high school. From then on… https://t.co/keRguGfSIf

Tiffany Michelle also posted something on her Facebook page:

Shay Ernisse had talked with Gavin just a few days before he passed away:

Some others also had love to share on their pages:

Fund for his Boys

Josh Arieh started a GoFundMe account to start a trust for Gavin's two sons. The poker world answered, already raising two-thirds of the $100,000 goal with 433 donors after just three days. You can donate here.