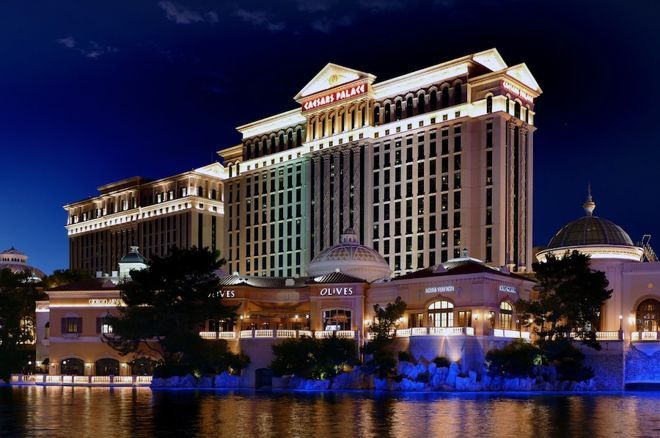 Over the course of the current National Football League season there have been a few instances of NFL franchises partnering with casino operators, part of a larger shift in attitude in major American sports toward a more favorable relationship with gambling, generally speaking. So far the Dallas Cowboys, Baltimore Ravens, New York Jets, Oakland Raiders, and New Orleans Saints have all reached agreements with operators of varying kinds.

Yesterday the NFL announced the league had signed a landmark agreement with Caesars Entertainment Corporation. According to the NFL, the "multi-year sponsorship is focused on Caesars providing unique experiences for NFL fans by using its casino properties, celebrity chefs, premier music artists, and a wide range of entertainment elements."

The deal will give Caesars exclusive rights to use NFL trademarks in the United States and United Kingdom, such as when promoting specific events such as ones sure to surround the upcoming Super Bowl LIII in early February.

"We couldn't be more excited to work with one of the world's largest gaming and entertainment companies," said NFL Partnerships Senior Vice President Renie Anderson. "Combining the NFL with Caesars' expertise in world class entertainment will provide our fans unique experiences both here in the United States and abroad."

Caesars likewise expressed excitement about the partnership. "All of us at Caesars Entertainment are thrilled to be the first-ever casino partner of the NFL, the most prominent sports league in North America," said Caesars Entertainment President and CEO Mark Frissora. "Combining the league's 180 million fans with our 55 million Total Rewards loyalty program members will expose millions of people to the exclusive and exciting year-round opportunities at our properties."

Frissora had been scheduled to step down from his roles at Caesars in early February, although according to the latest reports he is likely to remain at the helm through April at least.

Of the NFL franchises listed above, Baltimore, New Orleans, and Oakland already have agreements with Caesars properties, with the Oakland agreement concerning the new Las Vegas Stadium where the team will begin playing in 2020.

The Atlanta Falcons, Chicago Bears, Indianapolis Colts, and Philadelphia Eagles also currently have relationships with Caesars. As the NFL explains, those partnerships as well as the new NFL deal only involve casinos and do not pertain to daily fantasy, sports betting, or hotels and resorts.

In September, the National Basketball Association announced it had made a deal to make MGM Resorts International the league's official gaming partner. MGM also made similar deals with both the National Hockey League in October and Major League Baseball in November.

While the ongoing brinksmanship between the United States and China over trade have rattled both countries' economies, Macau nonetheless finished the calendar year on a strong note. Casinos in the Special Administrative Region experienced a 16.6 percent year-over-year increase in revenue in December according to the latest Monthly Gross Revenue from Games of Fortune report by Macau's Gaming Inspection and Coordination Bureau.

The increase marked the 29th straight months of revenue increases dating back to mid-2016 and was the largest gain in fourth months.

That final push helped Macau realize an overall gaming revenue increase of 14 percent for the year — up to 302.85 billion patacas total for 2018 (about $35.7 billion USD) — the second-straight year of growth for Macau gaming.

"The mass market remains strong," said marketing analyst Grant Govertsen of the figures as reported by CNBC. Govertsen noted that the opening of the Hong Kong-Zhuhai-Macau Bridge in late October had yet to cause much of an impact on gaming revenue, although it had led to increase visitor numbers.

"Concerns that U.S. casino operators, which depend on licenses to operate in Macau, could get caught up in the trade dispute were voiced last year," CNBC explains, "but the scenario has yet to play out."

Finally, back in May of last year, MGM Resorts International announced plans to purchase the Empire City Casino and accompanying race track in Yonkers, New York for $850 million. Like all such deals, its finalization was contigent upon regulators' approval, and it had been anticipated the New York State Gaming Commission would be delivering just that at their meeting this week.

Alas the meeting was postponed, although not because of any difficulty surrounding the deal. Rather the meeting had to be delayed because the NYSGC was unable to assemble three of its five members for the needed quorum, as lohud.com reports.

Meanwhile MGM has already planned ahead by announcing Uri Clinton, an MGM executive, will serve as president and COO of Empire City. Yonkers Mayor Mike Spano has stated expectations include the addition of a new hotel and entertainment venue to the casino.

Spano added that MGM was working with the Commission to schedule a new date for the meeting.

The Yonkers Raceway harness racing track has been in operation for over 100 years. Meanwhile the large Empire City Casino has over 5,000 slot machines and electronic gaming tables.